By Manly Bryant on July 9, 2021
Advertisement 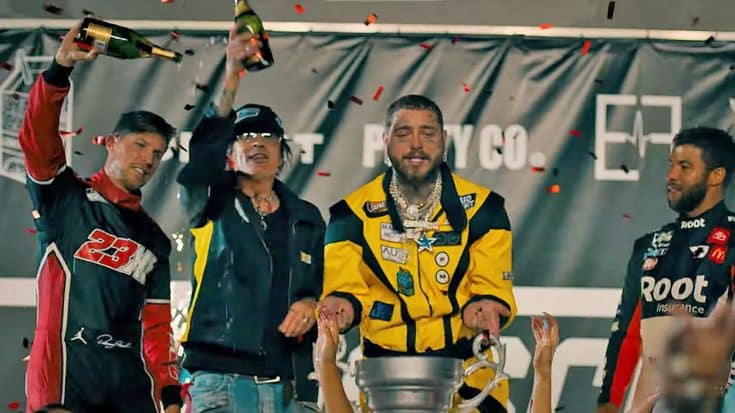 Rapper Post Malone decided to become a NASCAR driver in his brand new music video for the song “Motley Crew.” Dressed in a bright yellow firesuit, he took on the role of a NASCAR driver. Featured in the video are NASCAR drivers Denny Hamlin and Bubba Wallace.

Shot at Auto Club Speedway, the video storyline involves Malone racing in a Rolls Royce against other NASCAR stock cars and winning the race before ultimately celebrating in Victory Lane with his “Motley Crew.”

While the video is centered around Malone, Hamlin and Wallace have brief appearances throughout. Lee gets slightly more screentime when Malone jumps in the passenger seat of a Pontiac GTO that matches his firesuit.

“It was a really cool experience,” Wallace said to NASCAR. “The whole thing came together pretty quick, but great opportunity and a lot of fun. These are the things that we need to continue to do to bring new eyes and fans to our sport. From meeting Post Malone, everyone involved, being in the video, seeing it all come together, whirlwind 24 hours, but awesome time.”

Watch their appearance in the video below.