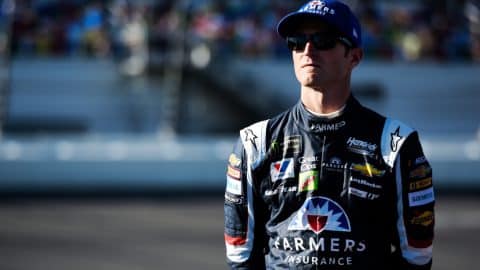 Just over a year after taking home an impressive win at the Indianapolis Motor Speedway, this longtime NASCAR star has been forced to end his career following a string of alarming health incidents and evaluations.

Just a few months ago, Kasey Kahne announced that he would be retiring from full-time racing at the end of the 2018 season, but nobody could have expected things to take a turn for the worse and his career to come to a screeching halt.

In August, Kahne shared a letter to fans explaining why he would be stepping away from the driver’s seat after the close of 2018’s season.

While he was planning on leaving, it was never supposed to be in this way – or for this reason. And that’s probably the hardest part to deal with and process.

More recently, Kahne has missed the last five races in the NASCAR Monster Cup Series after experiencing a severe medical issue related to dehydration and exhaustion. Notably, Kahne had been seen exhibiting scary symptoms of this kind of problem for years – and even in one video, he fell to the ground after winning a race because of it.

In the video below, Kahne describes the immense struggle fighting to just stay coherent and keep in control of the car while fighting these health issues.

"All I'm doing was focusing on my body and my health, and not on what I should be focusing on, and that's racing."Kasey Kahne explained why he won't be running in this weekend's #Brickyard400 at Indianapolis Motor Speedway.

Kahne stated in a new tweet that he’s “perfectly healthy” outside the race car, but officials with NASCAR and doctors have refused to clear him for the last several weeks. He had hoped he’d be medically cleared to race after running a test at Charlotte Motor Speedway this past week.

“To say I’m disappointed after receiving the results that I was not medically cleared for the remainder of the season following a test session at Charlotte Motor Speedway last week is an understatement,” Kahne wrote in a tweet. “It was my hope that everything would go well and I would be able to finish out the season strong in the No. 95 for Leavine Family Racing. Unfortunately, that’s not the case.”

Because of this prolonged medical issue and his fight against exhaustion, he will no longer be competing in NASCAR races and has officially retired from the sport, effective immediately.

“My body just can’t handle extended periods of time in the race car and we weren’t able to control the sweat ratio to keep me hydrated enough to prevent any permanent damage to my body,” Kahne added.

What do you think of his abrupt departure from NASCAR? Do you think that this situation could have been prevented? Let us know in the comments.