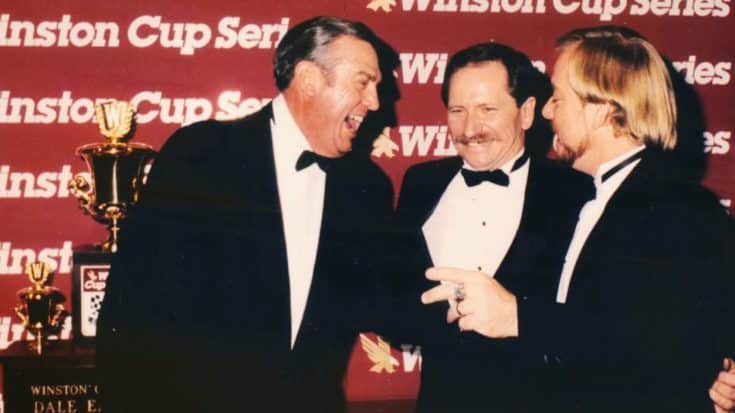 Following a significant health battle that involved several strokes and a seizure, the NASCAR community has lost one of their most visible and beloved reporters: Tom Higgins.

Higgins worked for The Charlotte Observer for 34 years before choosing to retire way back in 1997. After his retirement, he continued to write about his most interesting and historical experiences as NASCAR’s iconic reporter and journalist.

Thank you for everything, Tom Higgins. #RestInPeace pic.twitter.com/roeAlcwoDr

Many of NASCAR’s biggest names and most-beloved drivers have incredible stories they shared with Higgins – both as life experiences and ones they told him as part of his stunning journalism career.

Tom was amazing. He will be missed. https://t.co/b2xvrGwcI5

During his run at The Observer, Higgins was known for covering more than 40 races per season and providing some of the highest-quality content that helped NASCAR grow as a sport – engaging local readers on a level not many outlets could.

Tom Higgins passed today, one of my all time favorite sports writers, he loved our sport, he lived our sport, could tell a story and make you feel like you were there, loved Tom, RIP my old friend!

For his almost four-decade run as one of NASCAR’s top reporters, Higgins became acquaintances and friends with almost every single star that hit the track. His proudest moment, he said, is that he made a point of treating everyone fairly.

In 2015, Higgins was the recipient of NASCAR’s Squier-Hall Award for Media Excellence and was honored during the Hall Of Fame induction ceremony. He also was featured in an impressive exhibit at the Hall of Fame in Charlotte.

Really sad to hear about the passing of Tom Higgins. The NASCAR community has lost a very talented journalist and good man. We’re all thinking about his family and send our condolences.

He was credited with the honor of being the first writer to cover every single race on the NASCAR schedule and became an ever-present figure that even fans today recognize – either by his unmistakable voice or his work as a top-tier journalist.

NASCAR extends its deepest condolences to his friends and family. pic.twitter.com/H2TPjhdDrY

“Within the industry, he built a reputation as a trusted and fair voice who delivered our sport to the fans. To those fans, he was a must-read journalist whose reporting was rightly taken as gospel. Simply put, he defined what it meant to be a NASCAR beat reporter,” CEO Brian France said.

“As such, his outstanding career earned him NASCAR’s top honor for journalists, the Squier-Hall Award for NASCAR Media Excellence, in 2015. On behalf of the France Family and all of NASCAR, I extend my deepest condolences to the friends and family of Tom Higgins, a true NASCAR media giant.”

Sad to hear of Tom Higgins’ passing, but will always be appreciative of his coverage of #NASCAR and its rise to prominence. Tom wielded words with aplomb, the same way the sport’s most iconic drivers wielded their racecars. He will be missed, but certainly not forgotten. https://t.co/HS1hdmFvM5

Sad to hear of the passing of Tom Higgins. He was as much a part of my younger years at a Racetrack as The Allison’s, Pearson, Baker, Issac and Yarborough. I always read everything he wrote and had so much Respect for him as a writer and a Man. My prayers are with his Family.

Higgins suffered a stroke in August 2017, just four days after his 80th birthday and faced a significant health battle in the months that followed. Close friend and fellow journalist, Steve Waid shared updates with others along the way – asking for prayers and rallying support.

Update on Tom: It is not good. Tom suffered a seizure and a second stroke within 3 days last week. His condition has deteriorated noticeably. Gets congested and talks in a murmur. But he recognizes friends and lights up when he hears stories. Prayers needed. #nascar

Sad to report that Tom Higgins is not doing well. Seemed to rally from second stroke, but has slipped. Sleeps most of the time. Can recognize friends and family but can't communicate. Lost weight. Barring a miracle, it seems as if it is only a matter of time. #nascar

We will never forget the amazing coverage that Tom Higgins provided of NASCAR and his legacy will live on in his massive body of work that includes a seemingly endless number of articles and his work as a published author.

Our thoughts and prayers are with Higgins’ friends, family, and fans as they mourn his passing.

Watch Higgins’ interview about his great achievements and incredible experiences below.