By Manly Bryant on December 17, 2019
Advertisement 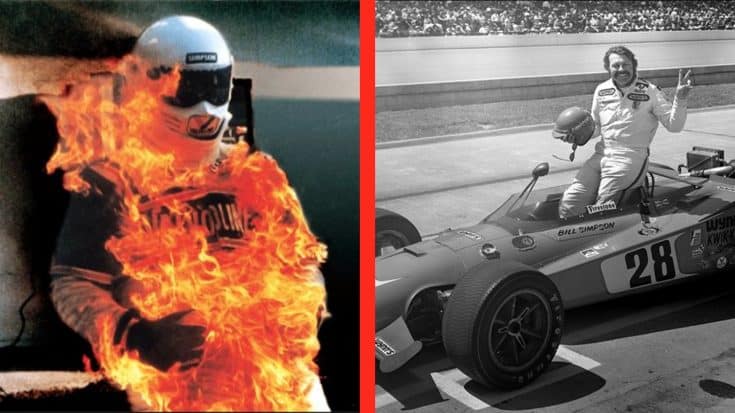 A man known for and credited with greatly enhancing the safety of NASCAR and one who also was a race driver himself has died after suffering a stroke.

Bill Simpson, began his career in racing and NASCAR when he was just a teenager and has been lauded as one of the most influential people who changed the way NASCAR thinks about safety.

Today we have lost a pioneer in the safety business. Bill Simpson was an innovator the revolutionized the safety industry.

“Bill Simpson was a racer and innovator who made drivers and crew members safer,” Tony Stewart said according to The OC Register. “The safety equipment that bears his name saved me plenty of times.”

Simpson built a company and a career out of realizing the need for better safety equipment after breaking both of his arms in a drag racing crash and later suffering a head injury in another incident.

“Until then, I was like most drivers. The only time I thought about safety was after I’d been hurt. This time, I was hurt bad enough to do a lot of thinking,” Simpson once said reflecting on what inspired him to start his company.

There was only one Bill Simpson.
Racer. Innovator. Promoter. And one helluva character. Racing lost one of safety’s true pioneers today. “If we can build a better mousetrap, then that’s what we’re going to do.”
Will miss him in the paddock. #RIPBillSimpson pic.twitter.com/0Ss7TcPAIw

His company, Simpson Performance Products, supplied gloves, helmets, harness systems, head restraints, and shoes to many thousands of racers and teams. In the late 60s, the company unveiled a new heat-resistant fabric to firesuits and almost every driver at the Indy 500 in 1967 was wearing one. It has since become standard for drivers.

Remember going into Simpson Race Products to get my first ever suit. Was so nervous. It was crossing a threshold into a world I had only dreamed of. #RIPBillSimpson pic.twitter.com/KRduj4fZ7s

Earlier this year, 79-year-old Simpson suffered a stroke from which he recovered and began appearing at racing events. Tragically, he suffered a second stroke on Friday, December 13th, 2019 and died three days later.

Our thoughts and prayers are with his family during this very difficult time.