By Manly Bryant on March 16, 2020
Advertisement 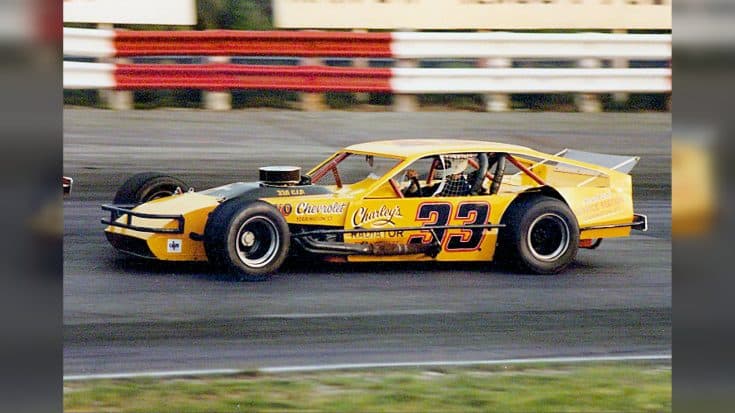 NASCAR Modified Tour racer and motorsport veteran Wade Cole has tragically died at the age of 67 according to several reports from news outlets and local speedways.

Sad news in Modified racing, long-time driver and car owner Wade Cole has passed. Thought's and prayers with all of Wade's family and friends in this tough time. Wade was a competitor at Stafford for many years. We've assembled a few photos of some of his cars through the years pic.twitter.com/tlZ0oE7Cc3

Stafford Speedway, out of Stafford, Connecticut, shared a few photos from Cole’s lengthy career with fans on Twitter after the news broke of his passing.

Hate hearing the news about the loss of Nascar Mod Tour pioneer Wade Cole. Seeing that Roll Back pull into long haul tracks like Bristol & Myrtle Beach always amazed me. Stats say he race/attempted every Tour race since 1986, pretty awesome. A true legend of the series.#GodSpeed pic.twitter.com/KhsdU7DdRP

Cole, who is best known for competing in the Whelen Modified Tour where he ran a full schedule for 10 of the last 13 seasons and was even called “part of the backbone” of that series by the director, Jimmy Wilson.

“Just an absolutely great guy that you always looked forward to seeing pull through the gate,” Wilson said in a statement to RaceDayCT.com. “I’m just absolutely shocked.”

“Wade was a part of the backbone of the NASCAR Whelen Modified Tour. Always had a smile on his face, hard-working, had fun and happy to be at the race track. Wade will truly be missed by all. Our thoughts and prayers go out to Wade’s family, friends, race team and fans during this very difficult time.”

Cole started all 16 events in the Whelen Modified Tour in 2019 and was known for his signature #33 car on the track.

Cole competed in a Whelen Modified Tour race in every year of the modern era except 1986, according to Racing Reference.

The news outlet says that Cole was killed while working on his car at home on Sunday, March 15th, 2020.

Our thoughts and prayers are with all of Cole’s friends, family, and fans during this very difficult time.

Watch the video below of him competing.