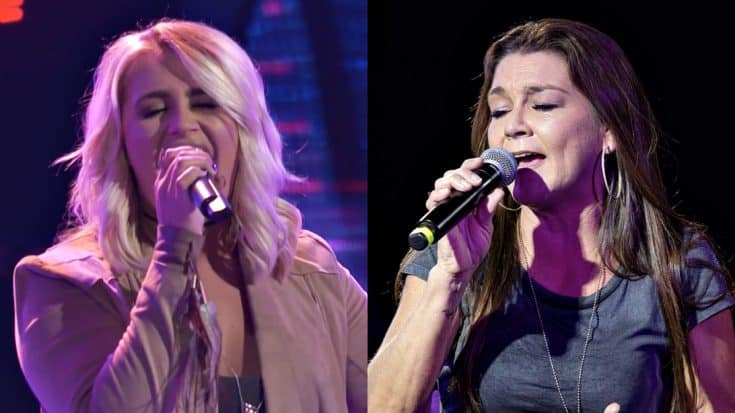 Even though Kasch has been singing for audiences since age 12, she didn’t discover country music until a few years later. The Illinois native fell head-over-heels in love with country music when she was 15-years-old after discovering Kenny Chesney during an 18-hour family road trip.

After graduating high school, the now-20-year-old moved to Nashville and began singing at every opportunity. “Once I started singing in Nashville as a full-time job, I realized I loved performing most,” Abby says. “It’s all I ever wanted to do.”

Abby’s bar singing days may be short-lived, though. Kasch was cast as a contestant on season 16 of The Voice and took to the stage Monday night for an unforgettable Blind Audition. Kasch brought her unique, sassy sound to Grammy Award winner Gretchen Wilson‘s hit song “Here for the Party.” The song, written by Wilson, John Rich and Big Kenny of Big & Rich, was the title track for Wilson’s debut album in 2004.

It was evident as soon as Kasch began to sing that Blake Shelton and Kelly Clarkson were both interested in her, although they waited until the end of her song to turn their chairs. Both Blake and Kelly offered valid arguments for why Abby should join their team, but Kelly was certain the singer would pick Blake because of his success with country artists. But, in a shocking move, Abby chose to join Team Kelly, a decision encouraged by fellow coach Adam Levine who fought on Kelly’s behalf.

“Blake has a lot of great country singers, and Kelly always wants to have country singers so she’s that much more passionate,” Adam argued. “So, I’m gonna go for Kelly here.”

Hear Abby Kasch sing “Here for the Party” in the video below and let us know how you think she’ll do against the other country singers in the coming weeks.