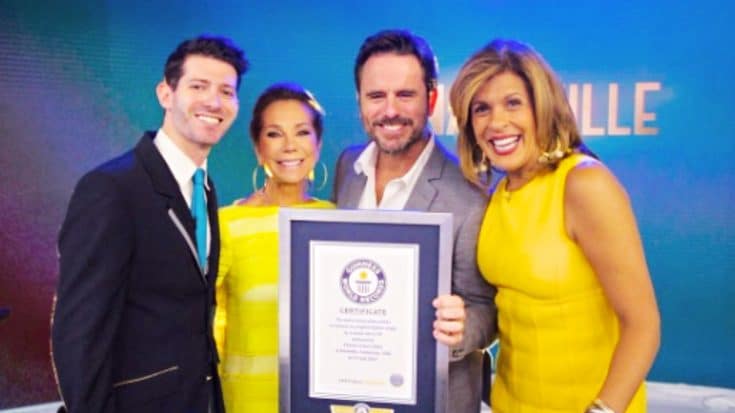 Since it is all about the country music industry, the casting team on the television series Nashville knew they needed to find talented singers, songwriters, and musicians to fill its main roles. While they were cast as actors, the stars of Nashville have all experienced boosts in their music careers since signing on for the show.

One of the main stars to enjoy the fruits of his labor on Nashville is Charles Esten. There since the show’s start in 2012, Esten plays singer and guitar player Deacon Claybourne, who was married to main character Rayna James before her death in Season 5.

Fans instantly fell in love with Esten’s character, and his music. Esten felt the same way about the songs he performed as Claybourne on Nashville, and because of those songs, he felt inspired to take on a monumental project.

Prior to starring in Nashville, Esten was known almost entirely as an actor. But the show proved that he was a talented singer and musician as well, and he saw his music career take off as a result.

Surrounded by more music and creativity than ever, Esten kept churning out one song after another. Wanting an outlet to share these songs with fans, he decided to take on an impressive project in July 2016.

In a video, Esten promised his fans that from that day on, he would release a new single every Friday for as long as he could. At the time, Esten had no idea how long he would be able to keep up with such a task.

The answer? Over a year. Esten concluded his #EverySingleFriday project on July 21, 2017, marking 54 weeks of releasing an original song every week.

There’s no arguing that Esten’s #EverySingleFriday project was quite the personal achievement. But the actor/musician was stunned when he learned that it was also a world record-setting achievement.

During an appearance on TODAY on Wednesday (July 5), Guinness World Records presented Esten with a certificate declaring him as the world record holder for the Most Consecutive Weeks to Release an Original Digital Single by a Music Act.

Congrats to @NashvilleCMT star @CharlesEsten on achieving the record for most consecutive weeks to release an original digital single by a music act! ??

The talented musician was presented with his official certificate on this morning's @TODAYshow during @klgandhoda ? pic.twitter.com/Z7oBrx6ST4

Esten expressed his surprise in a statement quoted by Nash Country Daily:

“On July 1, 2016, I posted a video where I promised to put out a brand-new original single every single Friday for ‘as long as it made sense.’ At that time, I had no idea how it would go, or how long I could do it…I had no idea how challenging this project would be, or how incredibly fulfilling…I certainly had no idea that number would be considered a Guinness World Records title.”

The presentation of Esten’s world record certificate comes in the wake of Nashville‘s ending after six seasons. While we may not get the chance to hear any new music from his character Deacon Claybourne, we have full faith that Esten isn’t done singing.

Enjoy a clip from one of Esten’s #EverySingleFriday songs below. Congratulations to him on his remarkable accomplishment!