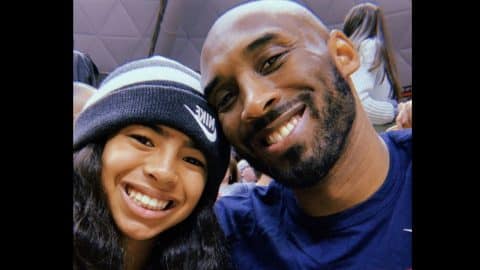 Legendary NBA player Kobe Bryant, 41, and his 13-year-old daughter, Gianna, were killed in a helicopter crash Sunday (January 26). They were among nine passengers aboard the helicopter that crashed in Calabasas, California, en route to a basketball game his daughter was to play in Thousand Oaks, California.  According to the Los Angeles County Sheriff’s Department, there were no survivors.

Local news outlets report that the crash happened just before 10 a.m. PST. Witnesses heard the helicopter sputtering before it crashed into a hillside and immediately burst into flames.

On this day 18yrs ago the hornets told me right after they drafted me that they had no use for me and were going to trade me. #thanku #Believe #usmnt #lakers #jwest #drbuss #letsGo #USA

Kobe was a first-round draft pick in the 1996 NBA draft. He would be come known as one of the greatest basketball players of all time, earning 5 NBA championships, 2 NBA Finals MVPs accolades, and making 18 All-Star teams over the course of his 20-year career with the Los Angeles Lakers.

He was also named to 15 All-NBA Teams, 12 All-Defensive Teams and led the league in scoring for two seasons. He ranks fourth in the NBA for all-time regular season scoring and all-time postseason scoring. He was also a part of  Team USA in several Olympics appearances.
Kobe is survived by his wife Vanessa. Together, they have four daughters — Gianna, Natalia and Bianca and their newborn Capri. Kobe and Vanessa got married in 2001 after meeting in 1999. Our thoughts and prayers are with the Bryant family.

Update: It was originally reported that five passengers were aboard the helicopter at the time of the crash. During a press release Sunday afternoon, officials increased the number to nine.