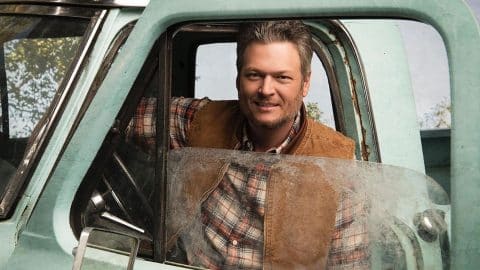 What happens when a song goes triple platinum and wins “Single of the Year” at the ACMs?  You turn it into a TV show of course.

NBC has confirmed they are developing God’s Country, a drama inspired by Blake Shelton’s hit song.  Shelton who has been a long-time Voice coach, as well as a country music star will be one of the producers, as well as Las Vegas creator Gary Scott Thompson and Universal Television.

Not much has been revealed as to the premise of the show, but Deadline did give a brief synopsis:

“The patriarch of a hardworking Midwestern farm family dies mysteriously in a car accident, his grown children discover he was keeping a devastating secret they could never have imagined.”

The song “God’s Country” was written by Devin Dawson, Hardy, and Jordan Schmidt. Shelton cut it and released it to radio almost immediately in March 2019. It has gone triple platinum and won Single of the Year at the 2020 Academy of Country Music Awards. The song’s official video has been viewed more than 114M times on YouTube alone.

The Fast and the Furious co-writer Thompson was creator, writer, and executive producer of the NBC drama series Las Vegas. He also co-developed and executive produced Taxi Brooklyn. Among his upcoming projects are Trap House starring Dave Bautista, and Man of War is currently in pre-production.

Watch the video below to see the official music video for “God’s Country.”