Need A Morning Jolt? PBR’s New, Booze-Infused Coffee Will Do The Trick

By Miranda Raye on July 2, 2019
Advertisement 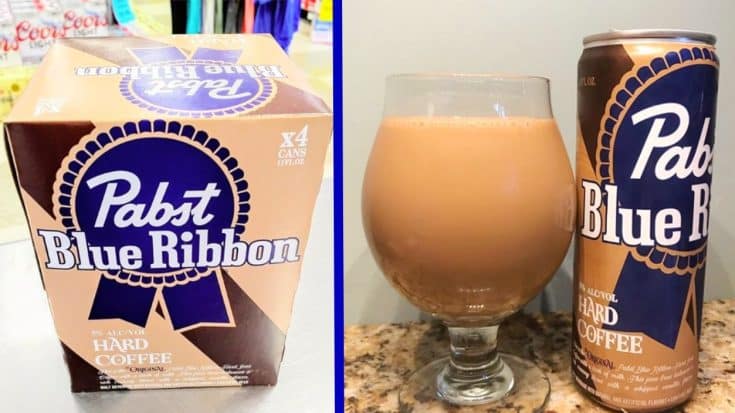 Have you ever had one of those days where you’ve wished you could have a drink before noon without getting funny looks? Well PBR now has the solution for you.

The brand has been looking to expand its lineup of products to include more than just its famous beer. For example, PBR has plans to release its own wood-aged whiskey, which is due for release soon.

But until then, you can enjoy the brand’s newest product…PBR Hard Coffee.

Released in limited markets for the time being, PBR Hard Coffee takes everyone’s favorite breakfast beverage and mixes it with a little bit of booze to give you the morning jolt you need.

Reid Ramsay of Beer Street Journal wrote about the new drink, saying it is made with Arabica and Robusta coffee beans, milk, and vanilla, and has a ABV of 5%.

“Hard Coffee is an opportunity for us to pioneer a delicious and fun new drink, and give America something unique. We hope everyone loves it as much as we do.”

So far, it seems those who have managed to get their hands on the beverage have enjoyed it. Some people have said that it reminds them of a latte. Others describe it as tasting like the chocolate milk beverage Yoo-hoo.

But no matter what comparison people draw, the general consensus seems to be that PBR Hard Coffee is quite tasty.

Be sure to be on the lookout at your local store for these new products. Keep in mind they are not available on a large scale yet, so you may not have any luck finding them right away.

But after hearing how good PBR Hard Coffee tastes, we have a feeling those cans will start flying off the shelves wherever they’re sold. Then PBR will have to send the product to more stores!

Have you had the chance to try PBR Hard Coffee yet? What did you think of it?

Turns out PBR isn’t the only boozy brand to release a coffee line. Jack Daniels has its own line of coffee products too, which you can learn about below!