Nevada State Trooper Pulls Over On Highway To Save American Flag 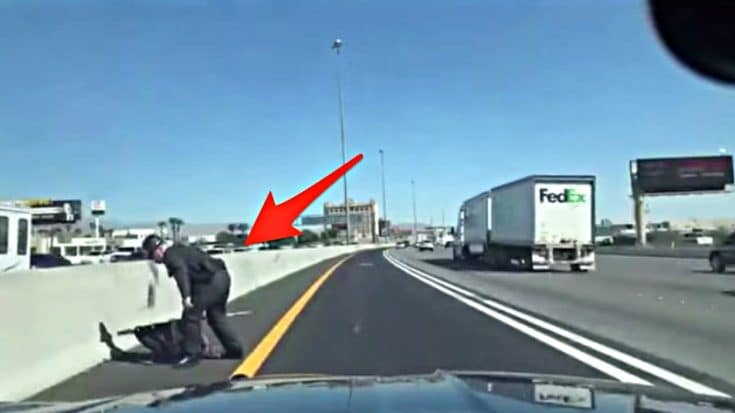 Imagine: you’re driving down the highway, and you see a helpless American flag flailing in the wind. What do you do?

For this Nevada Highway Patrol officer, there was no question. He slowed down to rescue the flag and give it the respect it deserves. The officer’s dashcam caught his good deed on tape, and many people on social media have appreciated the patriotic gesture.

An NHP trooper is being praised for stopping his car and properly handling the fallen American flag.

Respecting the flag isn’t just about keeping it clean and flying high. According to the United States flag code, “The Flag, when it is in such condition that it is no longer a fitting emblem of display, should be destroyed in a dignified way, preferably by burning.”

The flag code also discusses the importance of never wearing the flag as athletic or swim material, never letting the flag touch the ground, and never flying the flag on the back of an automobile or truck.

What do you think about the officer’s selfless act?