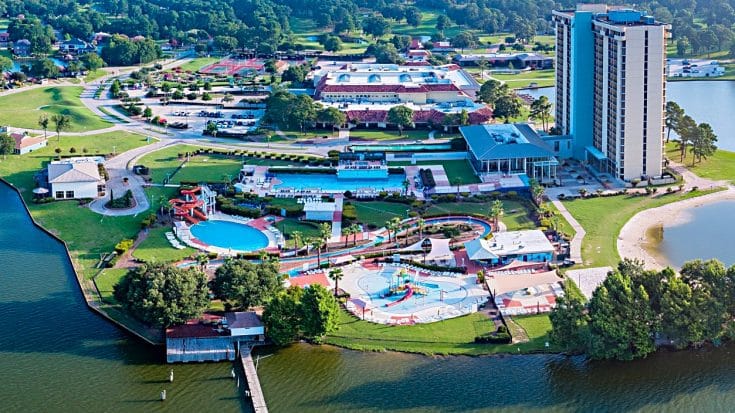 Scoot over Florida…Margaritaville is finally making its way to Texas! Get ready to sip on some tequila while relaxing in the sun because vacation is calling your name.

The Houston Business Journal recently reported that the Lone Star State is finally getting its own Jimmy Buffett-inspired Margaritaville Resort. The paradise island will be taking over what is currently the La Torretta Lake Resort & Spa outside of Houston.

Kids away? Now's the perfect time for an adult GETAWAY. We've got plenty of SUMMER left #atTheLake. Book now – http://bit.ly/LTgetaways

Contractors are turning the previous resort into a Margaritaville heaven expected to open in late 2020. The new location will be known as Margaritaville Lake Resort, Lake Conroe which is just a few hours from major Texas cities including Austin, Dallas, and San Antonio.

The 20-story hotel tower will feature 360 rooms, a golf course, a spa, outdoor pools, and restaurants. Two existing restaurants will be reinvented into the LandShark Bar & Grill and 5 o’Clock Somewhere Bar & Grill.

“This resort will be a welcome escape for those in Texas’s major metropolitan areas and beyond, offering a lakeside paradise dedicated to relaxation, fun, adventure and the Margaritaville state of mind.”

With 186 acres of “prime waterfront property” Texans are in for the little weekend getaway of their dreams.

Livin' for the weekend.

Posted by Margaritaville on Friday, March 22, 2019

New Margaritaville’s have been popping up all across the South over the past couple of years. While the majority of locations reside in the Sunshine state, the brand is widening its reach. New locations are set to open in New York City, Nashville, and Missouri. The resorts have even gone international with hotels in Costa Rica, the Cayman Islands, and soon the Bahamas.

When we say, "should we just stay here forever?".

Posted by Margaritaville on Sunday, February 17, 2019

So, who’s ready for a couple margaritas and sunshine in paradise?!