By Miranda Raye on November 22, 2021
Advertisement 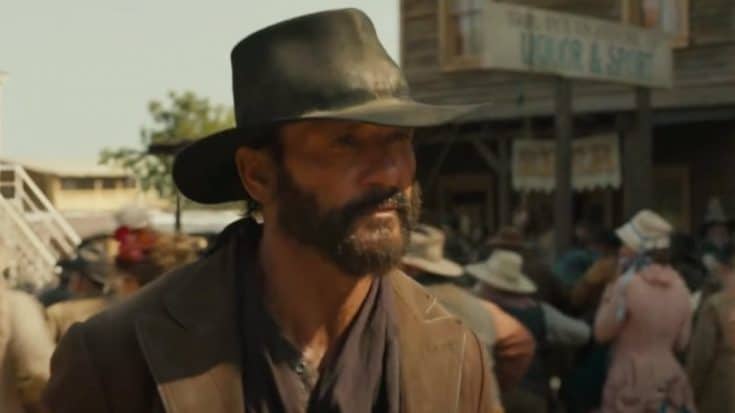 It’s almost time for the Yellowstone prequel 1883 to debut on Paramount+. The new series will follow the Dutton family’s ancestors as they travel from Texas to Montana to start a new life.

Tim McGraw and Faith Hill play the patriarch and matriarch of the Dutton family, James and Margaret. Their characters are the grandparents of Kevin Costner‘s John Dutton in Yellowstone.

Sam Elliott also stars in the series as a cowboy named Shea Brennan who helps guide the Duttons on their journey.

Fans got their first look at 1883 when a teaser trailer was shared during the premiere of Yellowstone‘s 4th season. The trailer showed James and Margaret’s children, including a young John Dutton Sr., played by Audie Rick.

The teaser was narrated by actress Isabel May, who plays the Duttons’ daughter, Elsa.

Just days ago, we finally got a look at the show’s full cast list. Then, we were surprised by a new, extended teaser trailer that was shared during the fourth episode of Yellowstone‘s fourth season.

Elsa serves as the narrator of this new teaser as well. “The road West is filled with failures. Failure isn’t what drove him. It was a dream,” she says in reference to her father, James.

The trailer features a number of action-packed clips. It’s clear the Duttons’ journey will be full of trials they’ll have to overcome in order to establish their roots in Montana.

This trailer also includes a steamy clip of Tim and Faith’s characters. The brief, romantic scene shows them kissing while taking a bath together.

Check out the video below to watch the extended teaser trailer for 1883. The show debuts on Paramount+ on December 19, and we can’t wait!