By Miranda Raye on December 6, 2019
Advertisement 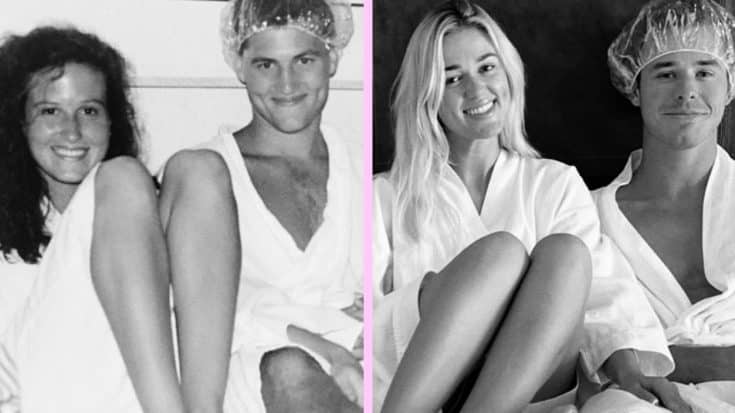 On November 25, Sadie Robertson and Christian Huff tied the knot in front of hundreds of their family members and friends. Then they jetted off to their honeymoon, where they enjoyed a week of relaxation on the beach.

Sadie and Christian have since returned home, but that doesn’t mean that they and their family members have stopped talking about their wedding!

In fact, Sadie recently shared some photos from their wedding rehearsal and dinner. It looked like a magical day!

Even Sadie herself described the whole rehearsal process as “dreamy.” She thanked Christian’s mother for planning the whole thing, and said it was an “unforgettable” evening.

today’s post is for rehearsal dinner : wow. It was dreamy. first off, thank you to my mother-in-love for every second you spent making this night the beauty that it was! We will never forget the words spoken of us by our friends and family and all the fun toast. Thank you to the huff family, my family, and all of our friends for setting the tone of love and joy sitting there the night before our we got married. It helped us have a moment to take in all that the weekend was. Unforgettable ♥️✨ also the coat was my moms from high school 🙂

The recreation was spot-on, and Korie knew she had to share it with her followers. And of course, she made sure to include the original photo of her and Willie!

“Sadie and Christian surprised us and re-created this pic that Willie and I took on our honeymoon on their’s…They said they asked the housekeeper at the hotel to take it,” Korie wrote.

In the original photo, Korie and Willie can be seen wearing a pair of white robes while they snuggle close to one another. And for whatever reason, Willie had a shower cap on his head!

So Sadie and Christian got a set of white robes and a shower cap to perfectly recreate the picture on their own honeymoon. “Love you @legitsadierob and @christian_huff y’all are adorable,” Korie wrote.

You can see the two pictures below. Just swipe through the slideshow to see Sadie and Christian’s recreation.

Sadie and Christian surprised us and re-created this pic that Willie and I took on our honeymoon on their’s ❤️❤️ (swipe to see) They said they asked the housekeeper at the hotel to take it ? I honestly can’t remember if we did that same thing or set the camera on a timer or what ? I so love that they did this! Sweet, sweet memories! Love you @legitsadierob and @christian_huff y’all are adorable ??

How cute is that?

Sadie shares a close bond with everyone in her family, which is why she invited them all on the dance floor after a short father-daughter dance with only Willie.

The entire Robertson family descended on the dance floor to join Willie and Sadie in a fun, upbeat dance to “Apache,” also known as “Jump On It.” You can watch that dance below!