By Miranda Raye on January 24, 2023
Advertisement 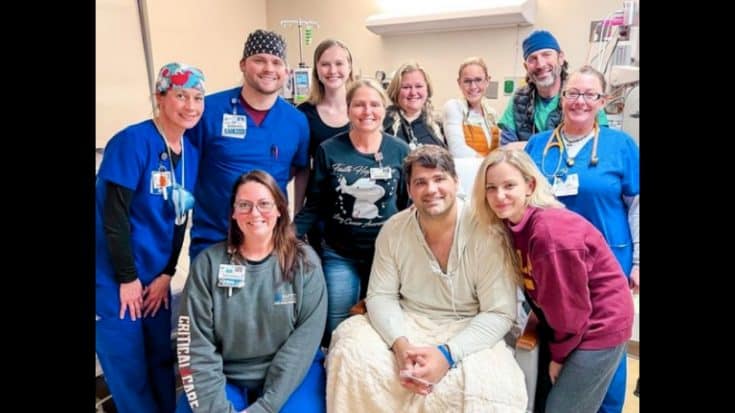 On January 5, it was reported that former NFL star Peyton Hillis was in the ICU after saving his two kids and two other adults from drowning. That same day, Hillis’ uncle shared that Hillis was having issues with his kidneys and lungs, but he was “improving” and “doing better.”

Peyton Hillis’ uncle posted this on Facebook and @OtisKirk23 brought it to my attention. #WPS pic.twitter.com/jYRvQPGAXF

Hillis attended the University of Arkansas and was a standout star on the school’s football team. He was drafted by the Denver Broncos in 2008 before he was traded to the Cleveland Browns two years later.

His talents were recognized when he was chosen as the cover star of the Madden 12 video game.

After news broke that Hillis was in the hospital, his former teams showed support for him on social media.  The University of Arkansas tweeted, “Encouraged to learn he’s doing better after his heroic act saving his family.”


The Browns retweeted the University’s message and included an orange heart and prayer hands emoji.

“A hero…So proud of this man and so incredibly grateful for family and this incredible hospital. Peyton is off the ventilator and is on the road to recovery. Please continue to pray for he’s still got a ways ahead of him, but thank you for all of your prayers and love and support thus far. It truly makes all the difference. Today was a good day.”

Then on Saturday (January 22), Cole had the happiest news to share. Hillis has been released from the hospital!

Cole posted a photo of her and Hillis surrounded by his care team at the hospital. She said:

“God is so good!…Peyton has been discharged from the hospital. The amount of love and gratitude I have for the incredible team that took care of Peyton is indescribable. This picture does not have anywhere near the amount of people who took such great care of him…You not only saved Peyton’s life, you made it a priority to make sure that his family and I were okay amidst your busy schedules.”

Cole ended her post by thanking everyone who prayed for Hillis while he recovered. “And a huge thank you again for all of your prayers, love and support… God heard. And He answered,” she said.

We’re so relieved to hear that Hillis is out of the hospital and doing well. We’ll continue to keep him in our prayers.