By Miranda Raye on June 6, 2022
Advertisement 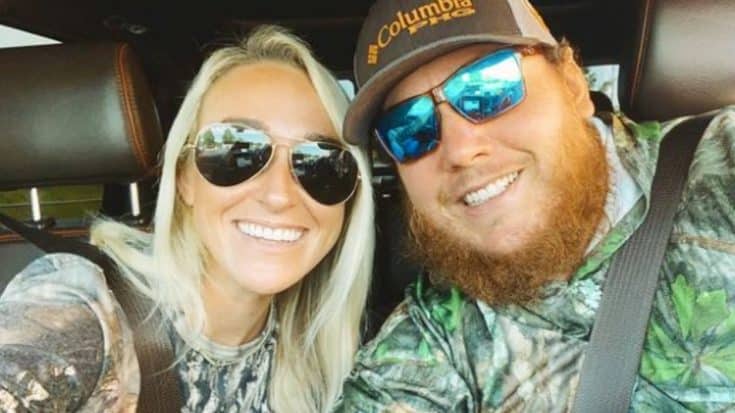 Luke Combs and his wife Nicole are due to welcome their first child this month (June). The couple celebrated the upcoming arrival of their son during a baby shower held over Mother’s Day weekend in May. Nicole’s sister, Jenna, hosted the shower for them.

Nicole just recently started sharing photos that were taken during the baby shower. The first batch of pictures shows her and Luke at the shower.

The decorations and cookies were themed after oranges, specifically “cuties.” Icing text on some of the cookies read, “A little cutie is on the way.”

Nicole promised she’d have more pictures to post after sharing that initial batch of photos. She remained true to her word, and posted some new pictures from the shower in a second slideshow.

These photos focus more on the shower’s details. One photo shows the cake, which also had a small sign saying “A little cutie is on the way.”

The guests got the chance to enjoy custom drinks, including a mocktail which was appropriately named “The Cutie.” A vodka cocktail on the menu was called “Sunshine State,” which is also fitting since Nicole is from Florida. It appears guests dined on brunch-themed food items, including bacon and sausage.

Another photo in the slideshow shows guests designing custom onesies for Baby Combs. We can’t wait to see him wear them!

You can see all of the new photos Nicole shared from her shower below.

Nicole followed up by sharing a third batch of pictures from the shower. These pictures show her and her friends trying to get the perfect snapshot. Those photos are included below too.

It looks like Luke and Nicole had a lovely baby shower. We can’t wait to meet Baby Combs!