By Megan Dinsdale on November 23, 2022
Advertisement 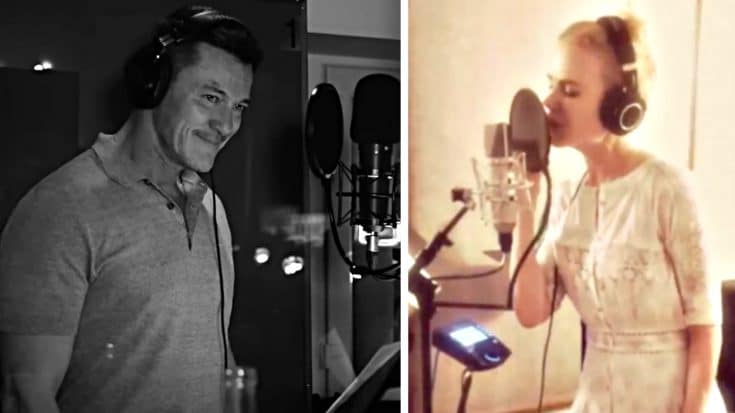 Originally released in 2014 by Great Big World and Christina Aguilera, the song “Say Something” was a huge hit. Today, Luke Evans and Nicole Kidman put their own turn on the song.

Luke and Nicole met while filming 9 Perfect Strangers for Hulu. The show filmed in Australia. The two became friends, and found themselves discussing their love of singing at a dinner party held at the home of Kidman and her husband, Keith Urban.

Evans fondly remembers the first time the two sang together, telling People, “So everybody came around the grand piano in their living room and I sang Adele’s ‘Make You Feel My Love.’ I knew that Nicole loved to sing, so she was joining in,” he recounted.

Luke Evans begins the song with the introduction, while Nicole Kidman joins in on the following two verses. Finally, Kidman powers through the third verse on her own.

There’s no doubt about it – the two have great vocal chemistry, and fans are hoping they’ll sing together again.

You can also check out Evans’ cover of “Come What May” with Charlotte Church below. You may remember “Come What May” from Moulin Rouge, starring Nicole Kidman and Ewan McGregor.