By Miranda Raye on August 28, 2018
Advertisement 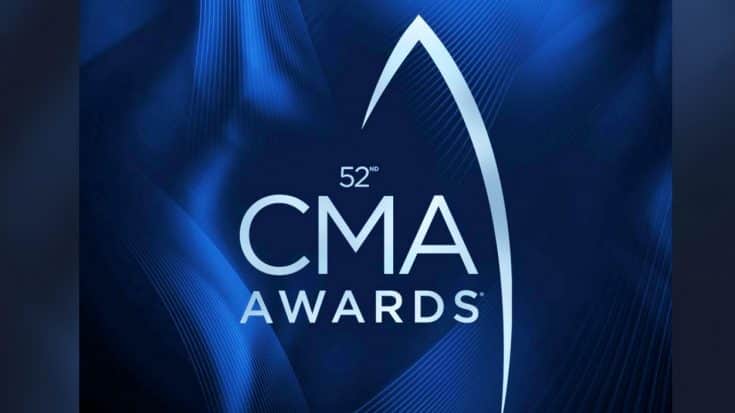 Hard to believe it, but “country music’s biggest night” is almost here. By that, we mean the 2018 CMA Awards!

This year’s CMA Awards will air on November 14 at the Bridgestone Arena in Nashville. Few details about the ceremony are known, other than the fact that Carrie Underwood and Brad Paisley will be returning to host for the 11th year in a row.

After much anticipation, the nominees for this year’s awards were finally revealed on Tuesday (August 28) during Good Morning America. Luke Bryan was in charge of sharing select nominees from his new Nashville bar, Luke’s 32 Bridge Food + Drink, with some help from duos Dan + Shay and Sugarland. The rest of the nominees were later shared by the CMA online.

For the first time in two years, someone other than Garth Brooks will be walking away with the CMA’s coveted Entertainer of the Year trophy. You’ll see some familiar names in that category, with the notable addition of Kenny Chesney, who has recently been breaking attendance records left and right on his Trip Around the Sun Tour.

Another major surprise was the inclusion of Luke Combs as a nominee in the Male Vocalist of the Year category. He’s the newest name in the batch, but definitely one of the most successful, with three number one hits to his name. Combs joins a list of longtime nominees in the category, including last year’s winner Chris Stapleton.

As for Vocal Duo of the year, it featured a familiar name that hasn’t popped up in the category in some time. After hinting at their reunion on the CMA Awards stage last year, Sugarland is now back in the running and can call themselves CMA nominees for the first time in years.

Want to check out some of the other categories and their nominees? You can catch the full list below.

Who are you rooting for to win this year? Be sure to tune in to the CMA Awards in November to see if your favorites walk away with the trophies.

In the meantime, enjoy reliving one of last year’s best performances, brought to you by Alan Jackson.