By Manly Bryant on December 6, 2018
Advertisement 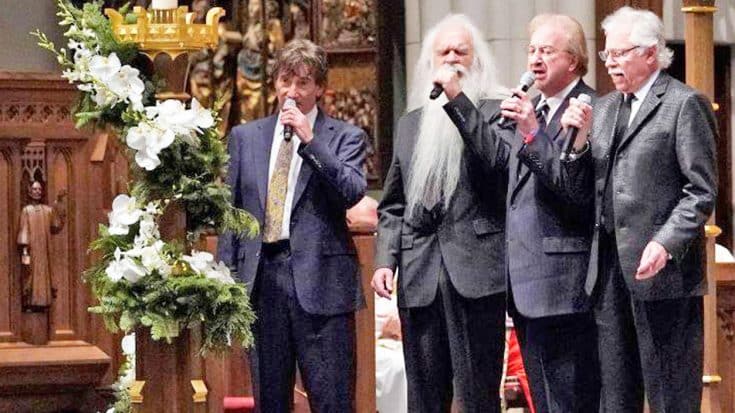 As America said goodbye to their 41st president, emotion fled over the country. On November 30th, George H.W. Bush passed away at the age of 94 in his Houston home. Bush lived a life of achievements as he fought in WWII and spent plenty of time in the political spotlight from Congressman to Vice President and eventually President. As his legacy will be remembered forever, his funeral took place December 5th with some special guests to honor him.

George H.W. Bush was laid to rest at his Presidental Library in College Station, Texas. His memorial service took place at St. Martin’s Episcopal Church in Houston where he and his late wife, Barbara spent half a century worshipping. As friends and family gathered to celebrate Bush’s life, several athletes and country singers shuffled in to show their love as well. Reba McEntire and the Oak Ridge Boys were the only talents asked to perform at the service.

The Oak Ridge Boys were President Bush’s favorite music group, so much so that he requested they sing “Amazing Grace” at his funeral. The relationship the band has had with Bush dates all the way back to the 80s. Band member, Duane Allen, recalls the first time he met the then-young politician at the White House. Bush was Vice President at the time. According to The Tennessean, Allen tells the story,

“We were doing soundcheck and here came this long and lanky guy with a bag over his shoulder running toward the stage from the White House. He said, ‘I’m a huge country music fan and you’re my favorite group. Is there any way you can do some songs for me?'”

The rest was history. The Oak Ridge Boys began their long-time friendship with the President. The members would even fly down to Maine with their wives and stay at the couple’s house in the summertime.

As the band stood before the guests at the memorial service, they spook a few words.

“For decades we have sang for him. This is again, a real honor to be here. What a lot of people may not know, he fancied himself to be a good bass singer,” laughter filled the room. “He was not. We’ll sing for our president.”

The band then stood together and began to harmonize their version of “Amazing Grace” just the way President Bush liked it. With just their vocals guiding them, the band sang the hymn with everything they had. George W. Bush was caught smiling and singing along with the band from the front row. Their tribute will go down as a true honor to the Bush family.

We express our deepest condolences to the friends and family of the Bush family. May George H.W. Bush rest in peace alongside his wife, Barbara.