By Manly Bryant on January 14, 2021
Advertisement 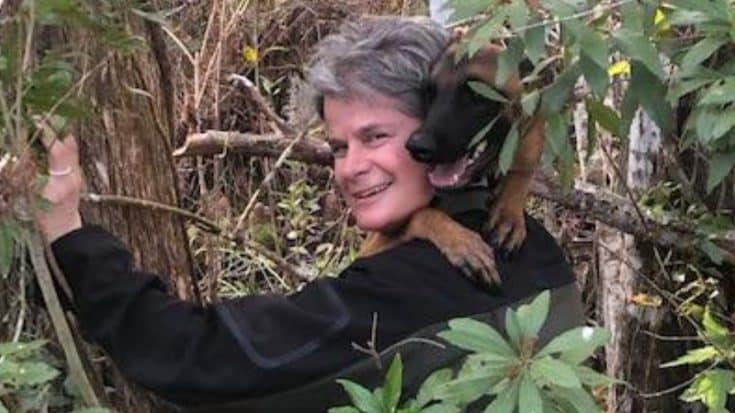 In January 2021 Florida Animal Enforcement Officer Amy Riccio responded to a call about a dog being stranded near alligator-infested waters and needed to be saved.

The pup was trapped and clinging onto a log on a swampy marsh island that’s well known to have massive man-eating gators crawling around. Neighbors in the area said that they heard the dog barking and whining for help and spotted it from their boat dock.

After they called the sheriff’s office, Amy was contacted and showed up to the scene. However, as they waited for more units to show up, Amy was afraid if they waited too long the dog would be in great danger.

She quickly threw a plan into action and made her way through the brush. When she got to a waterway she laid down a couple 2×4 boards to create a bridge over the water to where the dog was.

The dog was very happy to see her and willingly climbed into her arms and then onto her shoulders so he could be lifted up and carried across the bridge. Amy carefully walked back across the 2×4 boards and safely brought the dog back to the other side of the water.

The animal was then transported to the Lake County Animal Shelter to be held until its owners could come to pick him up. Lake County Sheriff’s Office said that it was an “excellent display of courageousness and act of selfless service by AEO Riccio.”

See Report & Photos Of Rescue Below