By Manly Bryant on October 14, 2019
Advertisement 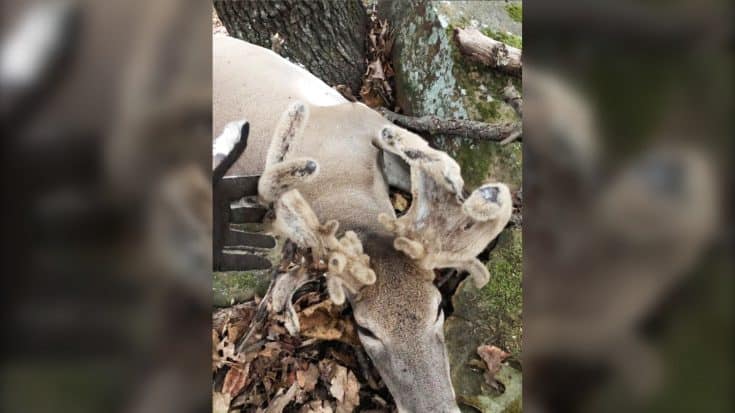 One hunter in Oklahoma was in for a surprise when he went out with his bow and bagged what he thought was a six-point buck…but as it turned out, it was actually a doe!

According to a post from the Oklahoma Department of Wildlife Conservation (ODWC), hunter Chris Blades was in Seminole County when he took a deer that was far from ordinary.

Now, biologists say that this abnormality isn’t unheard of – but is quite rare. The ODWC reports that it is estimated to occur on an average of 1 in 10,000 does – and it’s due to a hormonal imbalance.

“For this reason, regulations for deer are referred to as ‘antlered’ and ‘antlerless,’ not ‘buck’ and “doe,” the ODWC added in the post.

The doe, which was a whitetail deer, appeared to have grown quite an odd-looking set of antlers – but is one of two the department usually will see in any given year.

ODWC biologist Dallas Barber told Fox News that all deer harvesting is legal, regardless of antler status, so long as you follow the season rules and management zones’ regulations.

They have special “Doe Days” throughout the season when hunters may take a doe (without antlers).

See the full Facebook post below and let us know if you’ve ever heard of this happening!