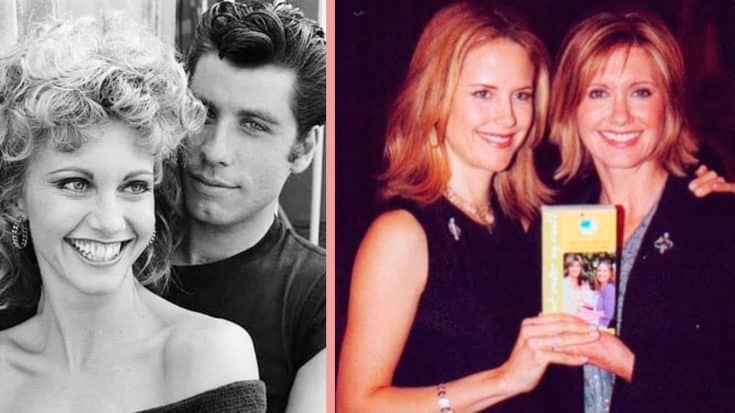 John Travolta and Olivia Newton-John played love interests in the 1978 musical film Grease. Although they were never romantically involved with each other in real life, the duo developed a bond that has lasted for over 40 years.

The former Grease costars still reunite from time to time, and sometimes share pictures of the two of them together. It’s obvious they adore each other!

First time in costume since we made the movie ! So excited!!

So when John announced on July 12 that his wife of 29 years, actress Kelly Preston, had passed away, Olivia grieved along with him.

Olivia’s first cancer diagnosis came in 1992. She beat it, but the cancer returned in 2013. Olivia kept that second cancer battle private until she revealed her third diagnosis, which she recieved in 2017.

During an interview with 60 Minutes Australia in 2019, Olivia said her cancer is now in Stage IV. But she isn’t letting her diagnosis get her down:

“When you’re given a cancer diagnosis or a scary honest diagnosis, you’re suddenly given a possibility of a time limit,” she said. “The truth is, you could get hit by a truck tomorrow. So every day is a gift, particularly now.”

After Kelly passed away, Olivia was surely reminded of how precious each day is. She paid tribute to her on social media and shared words of support for John:

“My heart breaks for John, Ella and Ben,” Olivia said alongside an old photo of her and Kelly together. “No words can express my sorrow for her family. Kelly’s light shines on in her beautiful children.”

@therealkellypreston was a radiant, warm and gentle spirit – a loving, devoted wife, mother and sweet friend. My heart breaks for John, Ella and Ben. No words can express my sorrow for her family. Kelly’s light shines on in her beautiful children. Xox

In a followup post, Olivia spoke about how she and Kelly launched the “Not Under My Roof” childproofing campaign 20 years ago.

“Thanks to Kelly’s passion to protect children’s health – from her own personal experience – she helped catapult the children’s environmental health campaign,” Olivia said.

I was proud to launch the CHEC “Not Under My Roof” initiative with @therealkellypreston 20 years ago. She was passionate about safety for children from environmental toxins, and we made this video for the Children’s Health Environmental Coalition (CHEC) which is now HealthyChild.org. Thanks to Kelly’s passion to protect children’s health – from her own personal experience – she helped catapult the children’s environmental health campaign. https://youtu.be/No6o2AiJ7J0

40 years after starring with John in Grease, Olivia is now helping keep his wife’s legacy alive by sharing these stories of her kindhearted acts.

We too, join Olivia in sending love and prayers to John during this sad time. May Kelly rest in peace.