One ‘Voice’ Coach Has No Singers Left After ‘Shocking’ Elimination 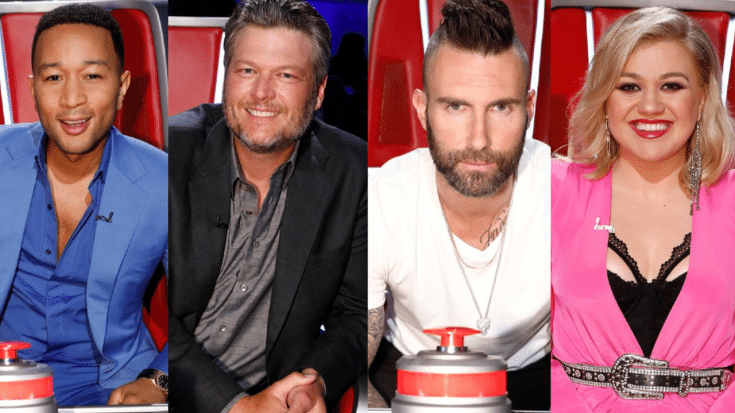 Tuesday night’s (May 7) episode of The Voice was filled with awesome performances and nail-biting eliminations when the Top 13 were narrowed down to the Top 8.

When the episode began, Blake Shelton had the most amount of team members left with six, followed by John Legend with three. Kelly Clarkson and Adam Levine both each had two contestants left.

Each singer performed a song the fans chose for them on Monday night (May 6) for “Fan Week,” garnering mixed reviews afterwards. While we wish everyone could stay another week, unfortunately five singers still had to be sent home.

There are no more coach saves, so who moves on is truly up to the fans this week!

Six contestants’ fates remained unknown. Host Carson Daly told them that the next three names he read would be singing for their life in the Instant Save, where they allow the public to vote on Twitter for five minutes. Those singers turned out to be Team Blake’s Kim Cherry and Team Adam’s Mari Jones and LB Crew, which meant Team Blake’s Oliv Blu, Team Kelly’s Jej Vinson and Team John’s Celia Babini received the lowest amount of votes and were going home.

All three singers sang for their life, but only one could stay, and that person was…Team Blake’s Kim Cherry.

USA Today called the elimination “shocking,” seeing as it left Levine with no singers in the game with lots of competition left.

Here’s how many singers each coach has left:

Did the right singers move on to next week? Let us know in the comments, and watch the moment the moment Kim Cherry was saved below.