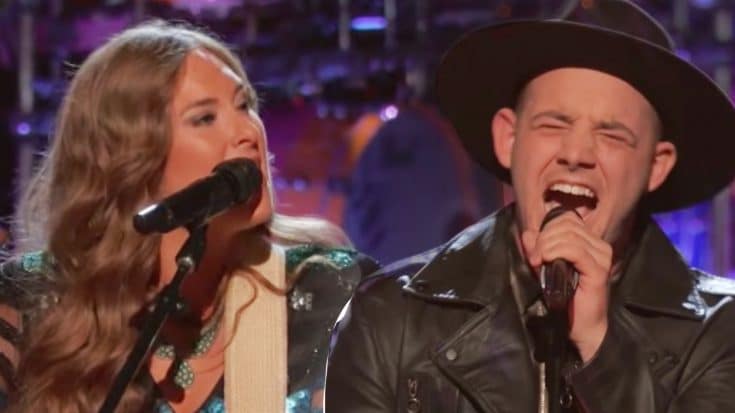 A Hootie Song Makes Its Way To Voice Stage

As the battles for Season 15 of The Voice wrapped up, Blake Shelton was left with one of the toughest choices of the night. He somehow had to pick between Kameron Marlowe and Kayley Hill after their performance.

In rehearsals, Marlowe and Hill learned that they would be singing the romantic Hootie & the Blowfish song, “Only Wanna Be with You.”

For those of you who didn’t know, the frontman of Hootie and the Blowfish is none other than Darius Rucker. After finding fame with the group in the rock genre, Rucker has since established a successful career as a solo country artist.

Rucker served as one of the co-writers on “Only Wanna Be with You,” which was a global hit. It swept the charts in the U.S., claiming the top spot on the Mainstream Top 40 chart and the sixth spot on the all-genre Billboard Hot 100.

A Country Take On The Rock Hit

Marlowe and Hill took a new approach to their arrangement of the song, opting to make it more country. They also performed it in a call and response type style, where Hill would sing a line that sounded like a direct answer to what Marlowe had just said.

This unique approach left the other coaches in awe once the duo stepped on stage for their battle. You could tell from the way they reacted that Kelly Clarkson, Jennifer Hudson, and Adam Levine were all impressed with what they were hearing from Shelton’s team members.

The battle was defined by power and passion. Marlowe took the most risks by going for those powerhouse moments, which resulted in him bringing intensity to the performance.

At one point, he sang one line so convincingly that an amazed Hudson exclaimed, “He meant that!“

How Could Blake Begin To Choose?

Hill was the one who brought the passion to the performance, taking on a softer tone. But she too had her share of powerful moments, which showcased the unique quality of her voice.

After that fantastic battle, the coaches were split in their advice to Shelton. Both Levine and Hudson felt he should chose Marlowe, while Clarkson was rooting for Hill.

It surely wasn’t easy for Shelton to decide on a winner, but in the end, he just couldn’t ignore how much of a powerhouse Marlowe is. He chose him as the winner!

Now that you’ve heard all about it, watch the two talented Team Blake singers battle it out in the video below.

This is the country duet of our dreams. ?