By Manly Bryant on April 12, 2022
Advertisement 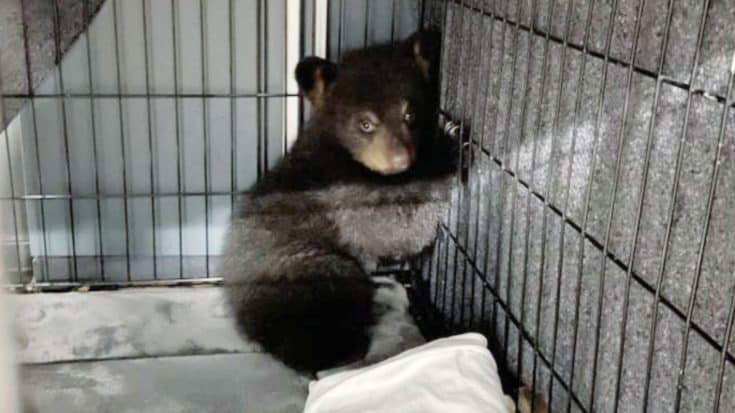 The Greenfield, Mass Police Department shared a few photos on social media showing a baby bear that was picked up and rescued off the side of the road after its mother and siblings were hit and killed by a car.

The department said the incident took place on Saturday, April 8. When officers arrived on the scene, they found the mother and two siblings dead with one sibling in a tree near the road still alive.

“Upon arrival, officers heard squealing and found a very scared third cub that was able to seek refuge and safety by climbing a tree,” the department said.

Knowing the danger the bear cub was about to face on its own, they decided to put him in the back of one of the police vehicles and took him to the police station for the night.

Photos showed the orphan cub curled up in the back seat all alone and a bit frightened from the whole experience.

According to wildlife experts, bear cubs can survive on their own starting at five months old but this cub was way too young and still dependent on a mother.

The Greenfield Police Department never specified exactly how old the orphaned bear cub was but they are guessing he is two to three months old due to most mother bears normally giving birth in mid-to-late January.

Officers kept the bear cub safe overnight until arrangments were made to bring it to a wildlife specialist at the Tufts Wildlife Clinic, a sanctuary that takes care of injured wildlife.

Police never said how severe the crash was, or if the riders in the car were injured, or if the surviving bear cub was injured. However, the bear cub is expected to be transported to the Kilham Bear Center in New Hampshire for rehabilitation.