Outlaw Country Star Shaves Beard – Can You Still Recognize Him?

By Manly Bryant on March 4, 2019
Advertisement 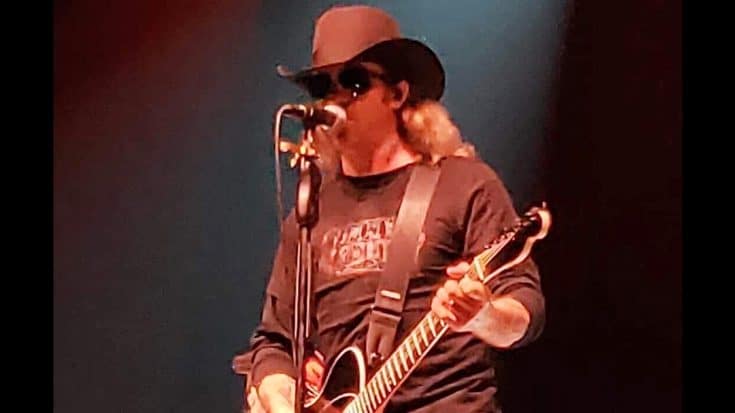 Previously donning a massive, sweeping beard of Duck Dynasty proportions, this famous outlaw singer has done the unthinkable and shaved it all off!

During a recent show at the Von Braun Center Arena in Huntsville, Alabama, fellow outlaw star Jamey Johnson started ribbing his pal for the lack of beard when he walked out with a clean-shaven face and it went a little like this:

“I dunno man, I don’t think anyone would hire me!”

Longtime pals and performers, Johnson and Cody Jinks have been playing arenas and venues across the nation and often are known for delivering rousing duets of classic outlaw hits like “Good Ol’ Boys” – the Dukes of Hazzard theme song.

During this February, 28th, 2019 performance, Johnson was already on stage when a beardless Jinks walked out and dropped more than a few jaws!

The beard has been a huge part of Jinks’ image for years and fans have known it as one of his signatures features. Many of his collaboration partners and fellow outlaw genre singers also sport big, bushy beards – just take Jamey Johnson for example.

We can definitely see the similarity! Check out the full video for yourself below – and listen to their performance of “Are The Good Times Really Over.”