Ozzy Osbourne Says He Won’t Be Alive “That Much Longer”

By Manly Bryant on January 30, 2020
Advertisement 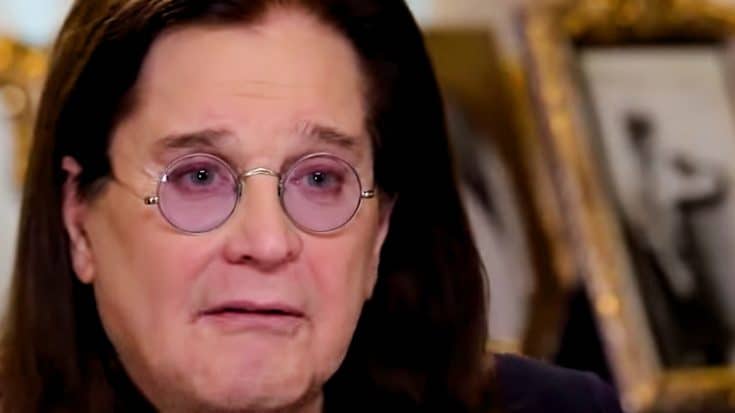 During an interview with Good Morning America, the longtime rocker and his family opened up about his health battle and their outlook on the time they have left – which, he says, isn’t much.

The interview is one of the first since Ozzy Osbourne revealed his fight against Parkinson’s Disease – a neurological disorder that affects movement and motor coordination. According to the Mayo Clinic, neurons in the brain eventually break down and die causing a wide range of motor-skill related problems like slowed movement, impaired posture, balance issues, speech slurring or soft, rigid muscles, and tremors.

Ozzy’s wife, Sharon, told fans that he had been diagnosed with PRKN 2 which is a form of Parkinson’s. She also said it’s “not a death sentence by any stretch of the imagination.”

Officially diagnosed in February 2019, Ozzy discovered he had the disease after a surgical operation to treat a neck injury he sustained after falling down a flight of stairs.

The 71-year-old has since put his tour on hold and focused on his treatment and recovery. Speaking quite candidly with Good Morning America, Ozzy addressed his life expectancy with the disease.

“Do I ever think about when my time’s gonna come?” he said. “I think about it; I don’t worry about it. I won’t be here in another 15 years or whatever… not that much longer.”

He also admits that he isn’t very happy with life, noting the lack of his health and his continued struggles with different illnesses/injuries.

“But I’m still here. In fact, I worried about [death] more when I was younger than I do now. I just try to enjoy things as much as possible, even though that’s so f–king hard sometimes.”

His tour is set to resume sometime this summer, but it remains to be seen if he will keep the same stops and dates as originally planned.

Watch clips from his Good Morning America interviews below.