Pageant Singer Gets Four-Chair Turn With “Angel From Montgomery” Cover 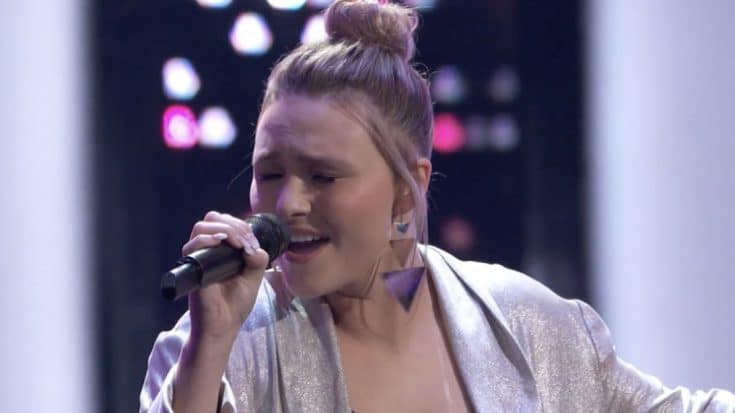 Within seconds of Byrd singing the opening notes to Bonnie Raitt’s “Angel From Montgomery,” coaches Kelly Clarkson, Gwen Stefani, and John Legend had turned their chairs. Blake Shelton waited until the last minute, only because he saw Clarkson use her block on him.

The coaches showered Marybeth with praise following her performance. Coach John Legend said he was in love with her voice from the first note she sang and even predicted that the singer was going to be one of the top contestants this season.

“You have this strong, clear tone when you sang with your big chest voice. Then you hit these lovely falsettos, and the transition was so seamless,” Legend said. “You’re in complete control of how you sing. It was a really exciting thing to listen to and to watch.”

Kelly Clarkson praised Byrd’s song choice, saying that she herself is a huge Bonnie Raitt fan. Clarkson attempted to woo Byrd to her team by using her past American Idol experience to her advantage.

“I obviously come from a show like this where I know how to use strategy of navigating through the competition, knowing when to show up a little more,” Clarkson said.

But, Marybeth Byrd ultimately chose to join John Legend’s team, a move she said her “gut” was telling her to make.

In case you’re wondering, Marybeth Byrd is no stranger to the stage. Byrd began singing when she was only two and was competing in talent shows shortly thereafter. When she was 11-years-old she released a country single called “Don’t Look the Other Way.”

Watch Marybeth Byrd’s Blind Audition from 2019 in the clip below.