By Miranda Raye on January 8, 2019
Advertisement 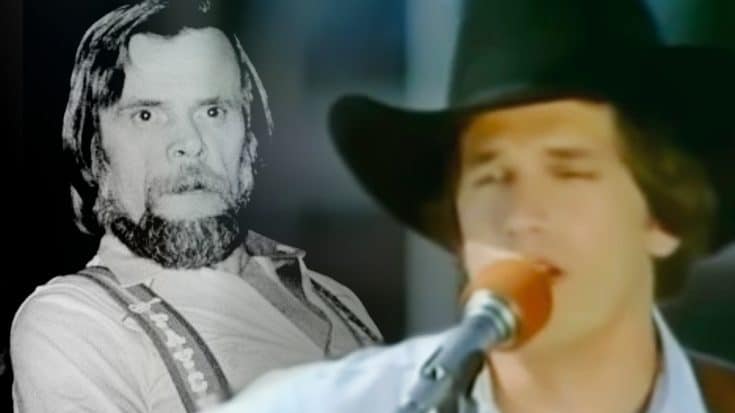 George Sets A Record To Live Up To

Today, George Strait holds a record that will be challenging for any other artist to beat. He has 60 number one hits to his name, more than any other country artist in history.

The record was previously held by Conway Twitty, who earned 40 chart-topping hits throughout his career. Strait broke that record in 2009, and the number ones kept coming in long after that.

Today, Strait’s hit songs are beloved parts of country music history, from the iconic love song “I Cross My Heart” to the clever song with a twist, “Ocean Front Property.”

But if it hadn’t been for the success of his first-ever single, there’s no telling if Strait ever would have earned the 60 number ones that would follow.

The Song That Started It All

Independently, Strait released three singles between the years 1976-1979. Even though none of the singles charted, Strait’s career was far from over. Instead, it was just beginning.

In 1981, Strait finally got the chance to release a single with a major label. Considered his debut single, “Unwound” hit country radio and left a lasting impact.

The foundation for Strait’s reign as “The King of Country” had been set.

It Set Everything In Motion

“Unwound” was a huge success as far as debut singles go. It claimed the sixth spot on the U.S. Hot Country Songs chart, and placed Strait on the map as an artist to watch.

After riding on the tail of “Unwound’s” success, it had taken him just a year to earn his first chart-topper. Surely we don’t have to tell y’all how impressive that is.

A Nightmare That Was Almost Reality

It’s kind of scary to think of what would have happened if “Unwound” had never fallen into Strait’s lap. Just think of all the great material that the country music community could have missed out on.

Well, what if we told you that if just one piece of history had been different, that nightmare actually could have been reality?

You see, Dean Dillion and Frank Dycus, the writers behind “Unwound,” had never intended to pitch the song to the then-unknown Strait.

Just watched “Tennessee Whiskey: The Dean Dillion Story” about the greatest songwriter in Nashville and possibly American history. The man wrote 90% of the songs by George Strait, Kenny Chesney, Toby Keith. What a life ??

Instead, they had intended to give it to one of country music’s most iconic outlaw figures…Johnny Paycheck.

Why Didn’t Paycheck Take It? The Reason Why Is Wild

Known as the voice behind hits such as “She’s All I Got” and “Take This Job and Shove It,” Paycheck was one of country music’s most successful artists for multiple decades.

Because of this, it makes since why the writers behind “Unwound” wanted to pitch the song to him. After all, as a songwriter you want your songs to go to artists that are proven to be fan-favorites.

However, a wrench was thrown in the duo’s plan when Paycheck was hauled off to jail. You may have heard before of his famous stint in the slammer after shooting a man at the North High Lounge in Hillsboro, Ohio.

Merle Haggard and George Jones paid $50,000 to get Johnny Paycheck out of jail after he had shot a man in a bar fight.

How Everything Played Out In The End

The writers ended up giving the song to Strait after record producer Blake Mavis asked them during a songwriting session if they had anything for a “new kid from Texas.” That “new kid” was of course, Strait, and the duo agreed to give him “Unwound” to record.

Not much is known about this piece of history, but it’s something that came up in an article published by The Sacramento Bee titled Strait talk:Songwriters like working with George, which has since been lost online.

Dillion has gone on to write a number of other successful hits for Strait, and the two remain dear friends.

Unless you are a hardcore country music junkie, you probably had no clue that Strait’s debut hit was meant for an outlaw icon. It’s crazy to think that if Paycheck hadn’t been in jail at the time, he likely would have recorded the song, leaving Strait to record something different.

Because of this, Strait and country fans actually have Paycheck to thank for making his career what it is today. Maybe that’s why one of Strait’s go-to cover songs is a Paycheck classic, “Old Violin.” Watch him perform it below.

To put it simply, if Strait’s career was represented by a puzzle, then Paycheck’s piece in that puzzle would be one that you’d never want to lose.