By Manly Bryant on April 4, 2019
Advertisement 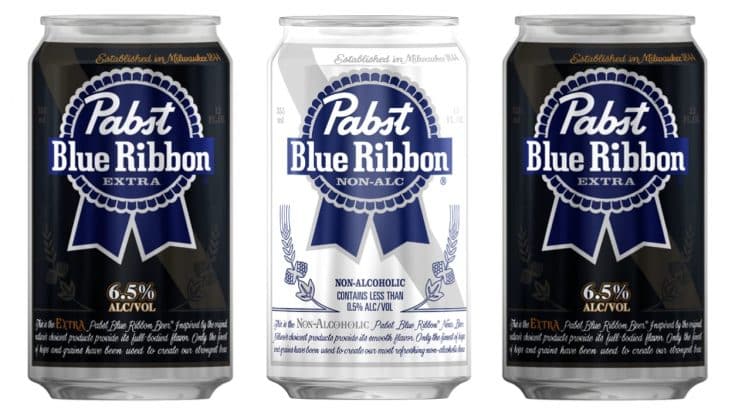 Just when you thought you had to say goodbye to the beloved brew…Pabst Blue Ribbon came back onto the scene with two new beers. While the beer has gained a reputation as “hipsters” choice of drink, the brand is working to change things up. From a brand new whiskey to higher ABVs, the popular American beer is stepping out of their box.

Tag that Easy to your Original ? (?: @juliustorres)

Regardless of its millennial-loved reputation, PBR has been around for ages – 175 years to be exact. First released in 1844, the American lager came about in Milwaukee and has since made its way to Los Angeles. So, in honor of its big anniversary, Pabst has been planning a few new releases for its loyal drinkers.

In March, PBR announced its arrival of their first-ever whiskey. Pabst confirmed that their whiskey will be “aged five seconds” and will have a mash bill of 52 percent corn, 27 percent malted barley, 17 percent wheat, and four percent rye. Sitting at a pretty 80 proof and 40 percent alcohol by volume, it’ll be the ultimate combo paired with your favorite PBR. The whiskey isn’t set to make its debut until summer but in the meantime, the brand has something that hits a little closer to home.

The Extra can has a sleek black look with the shiny blue ribbon taking the forefront per usual – while eliminating the red stripe.

In contrast, the Non-Alcoholic brew can be described as,

“an authentic product made with the finest hops and grains offering a great real beer taste, that allows everyone to join the occasion.”

The non-alcoholic can keeps the silver background with the blue ribbon taking center stage but the color of the red stripe is faded.

With the release of their new beers PBR “recognizes that today’s drinkers demand great tasting products with flexibility and options for a range of lifestyles.”

Looks like PBR has some big plans coming in the next couple of months – so cheers to that!