By Manly Bryant on April 28, 2020
Advertisement 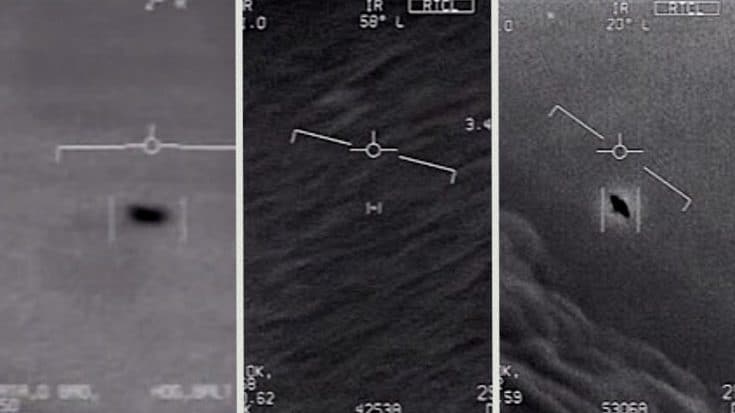 According to the report, one of the videos was taken back in November of 2004 and the other two videos were taken back in January of 2015. All three videos at the time were classified, however, they were leaked and have been circulating the internet long before this officially released. The Pentagon said they wanted to publically confirm that, yes, these are official UFOs.

The Department Of Defense said the reason why they allowed the release of the videos is because it does not “reveal any sensitive capabilities or systems, and does not impinge on any subsequent investigations of military air space incursions by unidentified aerial phenomena.”

Another reason why the DOD said the videos were released was to clear up any debate on whether the videos were real or not. According to former Senator Harry Reid, who was the Senate majority leader in 2007, the release “only scratches the surface” of what the Pentagon has on file.

I’m glad the Pentagon is finally releasing this footage, but it only scratches the surface of research and materials available. The U.S. needs to take a serious, scientific look at this and any potential national security implications. The American people deserve to be informed. https://t.co/1XNduvmP0u

The Navy used infrared night vision to spot the UFOs flying at incredibly high speeds. The airmen witnessing them in real-time were shocked at what they saw due to the shape and the speed in which the UFOs were traveling. You can watch all three videos the U.S. Navy filmed below. The first two are from 2015 and the last one is from 2004.

Watch All 3 UFO Videos Below

The Pentagon has released three declassified videos showing US Navy pilots encountering what appear to be UFOs. ?A statement on the Department of Defense website said the footage was released “to clear up any misconceptions by the public".Read more: https://www.telegraph.co.uk/news/0/pentagon-releases-videos-showing-ufos/