Pentatonix Shares Cover Of ‘Shallow’ From ‘A Star Is Born’ 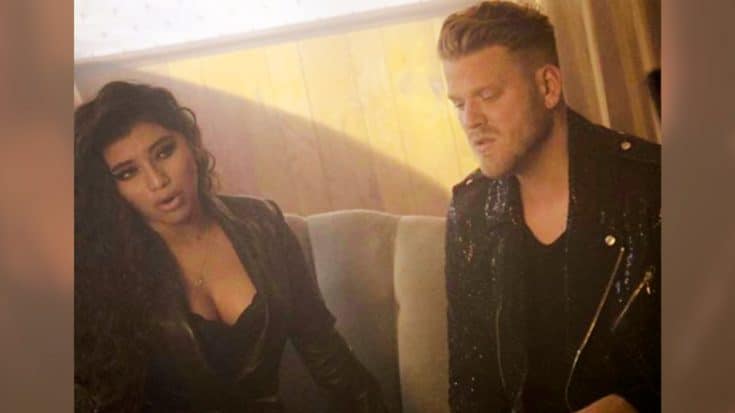 One of the hottest songs in the world in 2019 was “Shallow,” a piece of the soundtrack to the 2018 adaptation of A Star Is Born. It was performed in the film by its lead actors, Lady Gaga and Bradley Cooper, who also served as two of the song’s co-writers.

“Shallow” topped multiple charts around the world, and went on to be nominated for and win numerous awards.

Of course, any time a song becomes as successful as “Shallow,” covers will follow.

Due to the film’s country music leanings, many country stars have tackled the song. Just a few artists who have performed their own renditions include Danielle Bradbery, Kelly Clarkson, and Jimmie Allen.

Although not country by definition, the a cappella group Pentatonix is still beloved by country fans. Their performances tend to lean in the pop direction, but they have tried some country covers in the past. Plus, their Christmas covers are considered holiday staples.

So when the group started teasing the upcoming release of a “Shallow” cover, their millions of fans were quite excited.

While Pentatonix usually releases a music video to accompany their songs, a music video for “Shallow” was not ready right away. Instead, the group just released the audio of their rendition, promising a video would soon follow.

But you don’t need the music video to appreciate how breathtaking their performance is. The group made an interesting choice, opting not to perform a cappella as they usually do. Instead, beatboxer Kevin Olusola accompanies his groupmates on cello, giving the song an classic, orchestral vibe.

Finally, the music video made its debut as well, and it’s as spectacular as can be.

We’d go into more detail describing just how stunning Pentatonix’s rendition of “Shallow” is, but think it’s best if you just see and hear it yourself. Go ahead and watch the group’s music video below.