By Jennifer Pernicano on June 19, 2019
Advertisement 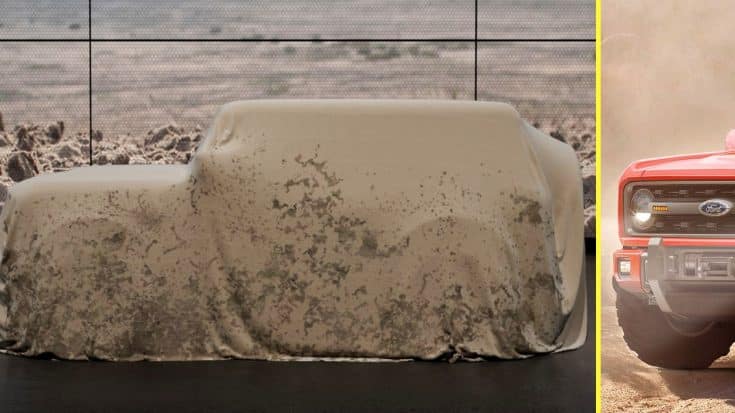 Making their debut in 1965 as a 1966 model, the Ford Bronco became an iconic vehicle for adventure-seekers. There were five generations of the Bronco throughout its 30-year production, stopping in 1996.

For the last 20+ years, people have hoped and prayed that one day, the Bronco would make its return – and in 2017 that dream became a reality. That’s when Ford announced the Bronco’s triumphant return at the North American International Auto Show.

Ford’s global operations president, Joe Hinrichs didn’t give consumers many details but said that new model would be available in both 2-door and 4-door.

Hinrichs said, it will be “a no-compromise midsize 4×4 utility for the thrill-seekers who want freedom and off-road functionality, with the space and versatility of an SUV. It’s capable of conquering everything from your daily commute to gravel roads and boulders.”

Since that initial announcement, there has been only one photo released by Ford, which was in March 2018.

Ford hasn’t officially released what the Bronco will look like, but fans have been making renderings of what they think it will look like.

Well, Ford hasn’t released any footage or photos, but it seems some super fans have spotted the prototype driving around!

The reaction to the prototype is a little mixed. Some are excited about the shape of the new Bronco, which will be released in late 2020, as a 2021 model, and some are hoping it’s a decoy.

Take a look at what they spotted below.

Feel like I need to go repent. Way more interested in the 2020 Ford Bronco than the Tesla Y. (Also Autoblog watermarking already watermarked pics is peak something.) https://t.co/m3PVQx4Pp1 pic.twitter.com/hpmXZeiEpy

Check out a video of the Bronco prototype driving around below.