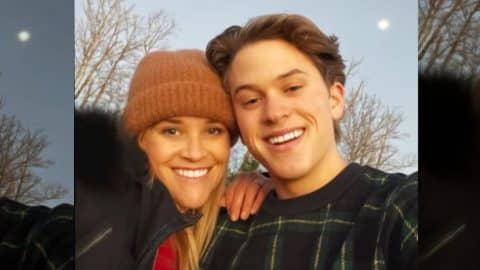 Reese Witherspoon’s son is all grown up and breaking out of his shell.

Witherspoon recently posted a selfie of herself with her oldest son, Deacon Reese Phillippe, and fans dropped their jaws. Not only does Witherspoon still look young as ever, but her three children are practically clones of the star!

Deacon, who will be 18 in October, has already begun to make a name for himself. Deacon is a music creator who enjoys writing and producing. Deacon’s debut single, “Long Run,” featuring vocals by Nina Nesbitt, broke into the top 20 on iTunes, and Deacon also recently released a collaboration with Loren Gray called, “Love For The Summer.”

Even though Deacon is still a teenager, he is making major career moves, and Witherspoon is always his biggest fan.

For more moments from Witherspoon and Deacon, check out the video below.