By Jennifer Pernicano on May 23, 2018
Advertisement 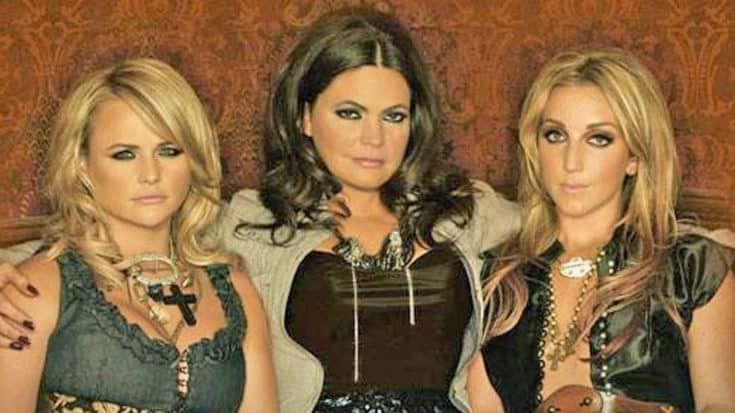 Ever since it was revealed that the Pistol Annies, which consists of Miranda Lambert, Ashley Monroe, and Angaleena Presley, were getting the group back together for a new album, fans were ecstatic. Lambert was the first of the three to tease their reunion back in January 2018.

“I sing (and write…and drink) in the shower,” she captioned an Instagram photo alongside the hashtag “#MayBePistolAnnies.”

For months, they continued to tease fans about new Pistol Annies music has only come more frequently, especially when the group reunited at Lambert’s concert on in March 2018 to sing “Hell on Heels.”

In a radio interview, Lambert officially confirmed that the Pistol Annies were working on a new album. She said that they were sending verses back and forth to each other, and eventually had a full song within minutes.

Just a few months after Lambert said that, Presley was ready to talk about readying the girl group’s first album in over five years. She appeared on the podcast Children of Song to talk about everything from her getting a phone call in the middle of the night to join the trio, to their writing process for the new album.

“We were at Miranda’s farm writing the other day, and I was like, ‘I hate you girls so much because I don’t want to write with anyone else,'” Presley said. “I think we wrote eight songs in two days.”

From the sound of it, her problem with writing with Lambert and Monroe is actually a good thing for Pistol Annies fans!

So far, the trio has released one album, Interstate Gospel.

Watch the Pistol Annies’ latest single “Got My Name Changed Back” below.