By Miranda Raye on August 24, 2021
Advertisement 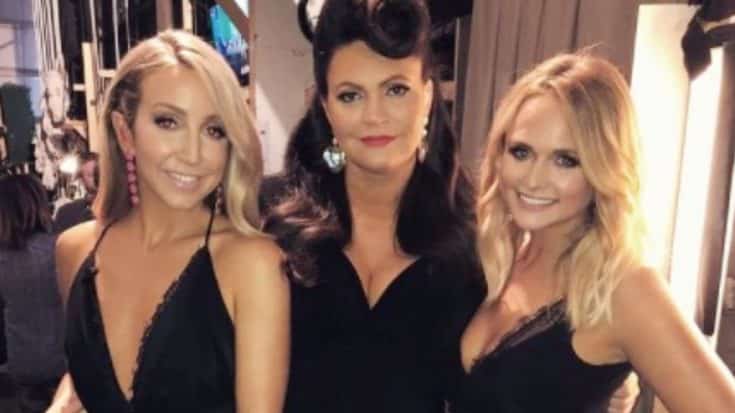 On April 4, 2011, a new country girl group named The Pistol Annies made their debut during the ACM’s Girls’ Night Out: Superstar Women of Country special. The group, comprised of members Miranda Lambert, Ashley Monroe, and Angaleena Presley, took the stage by storm by performing their debut single “Hell on Heels.”

The song has since been certified Platinum by the RIAA.

The trio has since released two more albums: Annie Up (2013) and Interstate Gospel (2018). They have also released two additional singles, “Hush Hush” and “Got My Name Changed Back.” The former song is their biggest hit to date, as it cracked the Top 50 on both the Country Airplay and Hot Country Songs charts.

August 23 marked ten years since the Annies released their first album, Hell on Heels. The group put a post up on social media to celebrate the occasion, writing:

“At the time, it was supposed to be a digital only release but y’all took it to #1 on iTunes so quickly that our label rushed to manufacture CDs. Thanks to y’all, here we are 10 years, 3 albums later and a lot of life later. .“

“We have something we’ve never done before cookin for y’all before the end of the year…” they said.

Look below to read the Annies’ full post celebrating the ten-year anniversary of their first album’s release. We’re anxious to see what they have in store for us this year!