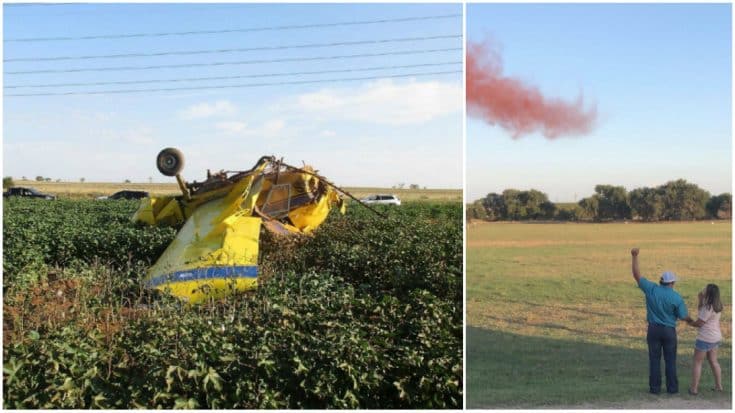 Gender reveals have become a competition of sorts among expectant parents in recent years. From colored cakes and confetti-filled balloons to smoke bombs and pinatas, we thought we had seen it all. But, a Texas couple recently attempted to one-up the competition by hiring an airplane to drop colored water. But, the plan backfired when the plane crashed shortly after the reveal.

A report filed by the National Transportation Safety Board says that an Air Tractor AT 602 crashed on September 7 in Turkey, Texas, a small city 100 miles southeast of Amarillo, after slowing down to dump out 350 gallons of pink water as a part of a gender reveal.

The pilot reportedly told officials that they were cruising at a low altitude and slowed down too much causing the plane to stall before crashing.

“The airplane sustained substantial damage to the fuselage, right wing, and empennage,” the NTSB report read. Two people were aboard the plane at the time of the crash. The pilot sustained minor injuries and the passenger was unharmed.

The plane crash is just one of many reveals gone wrong. On October 26, Pamela Kreimeyer from Iowa was killed after being struck with debris from a pipe bomb that was part of a gender reveal announcement.

In Arizona, a patrol agent shot a “high-velocity firearm” at a target that was supposed to release a blue or pink powder. But, the hit caused an explosion that ignited a fire that burned more than 45,000 acres and cost more than $8 million in damages.