By Manly Bryant on April 14, 2022
Advertisement 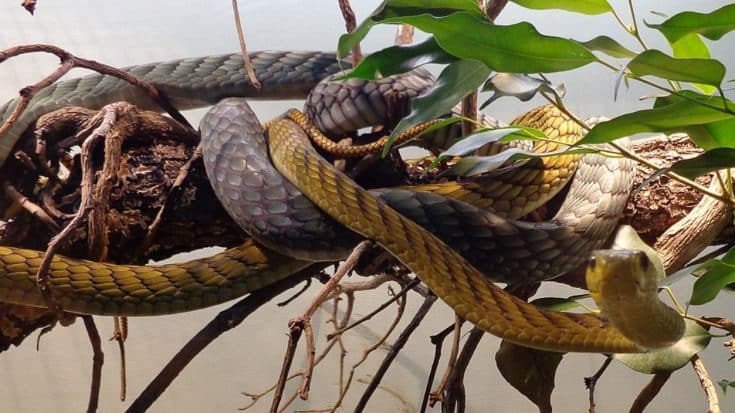 Maryland law enforcement finally confirmed on Wednesday that the 49-year-old man found dead in his home while being surrounded by snakes died from a poisonous snake bite.

“The cause of death is snake envenomation and the manner of death is an accident,” a spokesperson from the office of the chief medical examiner confirmed to CBS Baltimore.

When authorities first found him back in January, they figured he died from a poisonous snake bite but wasn’t going to rule out foul play, or any other reason until a full investigation was conducted.

The man was originally found by a neighbor who said they had not seen him for more than a day and went to his home to check on him. The neighbor found the man lying unconscious on the floor and called 911.

EMS personnel along with police officers forced their way into the home and the man was pronounced dead at the scene. As law enforcement looked around the home, they found over 100 venomous snakes in boxes lying on racks.

Jennifer Harris, a spokesperson for Charles County Animal Control, told WRC-TV that they found many different species of snakes, including a 14-foot Burmese python, rattlesnakes, cobras, and black mambas.

Officials reminded the public that owning venomous snakes in Maryland is illegal and it was very unfortunate that the man died from his illegal activities, even though the snakes appeared to be well taken care of.

After transporting the man out of the home, animal control called reptile experts in Virginia and North Carolina for assistance in removing all the reptiles from the property.

Watch The News Report Below Of When They Found Him