By Manly Bryant on December 4, 2018
Advertisement 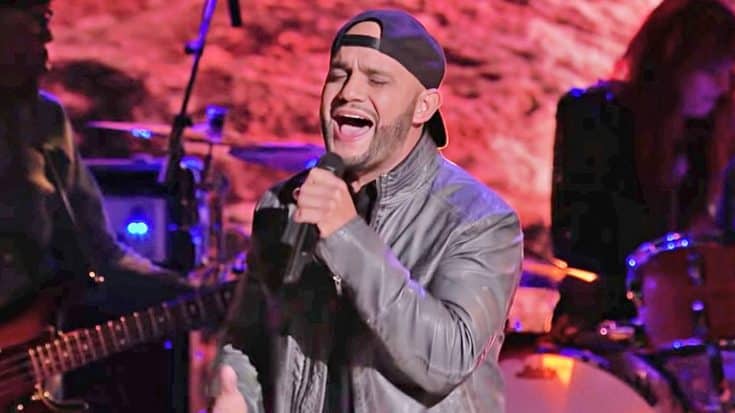 In 2017, he got named by Rolling Stone as a “Top 10 Country Artist You Need To Know” and has been kicking his foot through the country door ever since. Up-and-coming artist Frank Ray has a contemporary country voice that highlights a pop-soul angle. While he has been making a name for himself in the industry, his performance on country singing competition, Real Country, just gained him some more fans.

I’m BEYOND excited to announce that I’ll be a contestant on @realcountrytv on the @usa_network! This show is gonna be a hit and I can’t wait to showcase some of that southwestern spice! So set your tv to USA and get ready for some #realcountry on November 13th! Am I looking at tacos or tequila?? #teamjake

Ray’s musical career began when he decided to leave the police force. After 10 years of service, he grabbed his cowboy boots and set off on a musical journey he never expected. The singer, songwriter, and guitarist debuted his first EP in 2017 which was home to two top-ten hits on Texas Country Radio. Ray has had the incredible opportunity to open for Keith Urban, Josh Turner, Eli Young Band, and a growing list.

His latest single, “Tequila Mockingbird” is the perfect summer anthem. The tune grabbed attention fast, making its way high up on the charts; including Rolling Stone Top 10.

So far, we’ve seen Ray perform Tim McGraw’s “I Like It, I Love It” with flying colors. On last night’s show, he took a chance on Kane Brown‘s “Heaven.” Singing his rendition in a higher vocal range than Brown’s, he soared through the performance. With a backward hat and leather coat, he took over the stage from the first note. Judging by the panelists’ reactions, they were all in heaven themselves while listening to his powerful vocals.

With nothing short of a standing ovation, it’s obvious Ray gave this performance his all.