By Manly Bryant on June 7, 2019
Advertisement 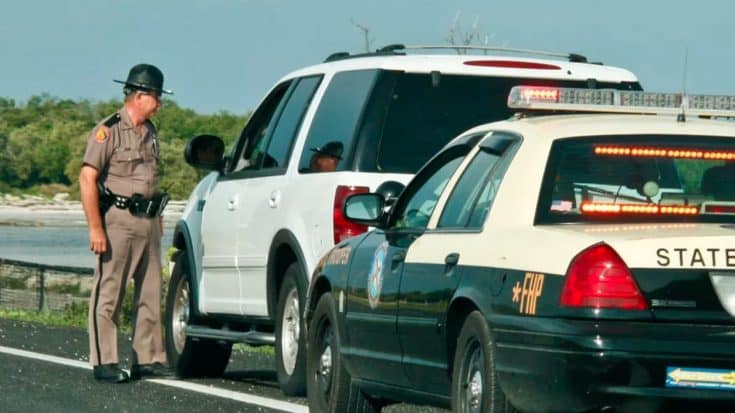 250-Pound Pig In The Driver’s Seat

Sgt. Jason Foster of Chisago Country, Minnesota was patrolling the streets when he noticed a driver swerving around on the road, clearly distracted. As he normally does in situations like this he turns on the lights and flags the car down to figure out what’s going on.

✅ Having a pig ? on your lap…now that was a first even for us. pic.twitter.com/6OtUDHIniv

Laughing in disbelief, Foster pulls out his camera to take a picture of this rare sighting. He said never before in his life has he pulled a man over with a pig in his lap.

“It’s right up there in the top 10 of the crazy things we see,” Foster told Fox 9 KMSP.

Here’s Why The Pigs Were In The Car

In the Twitter image above is the larger pig sitting on his owner’s lap while the smaller pig is out of view trying to get some attention from Officer Foster. The owner said he was moving them to another location across the state and he didn’t want the pigs to freeze to death on the long drive over so he put them in the heated car with him.

Normally you’re supposed to put pets your traveling with by car in a well-ventilated crate, but Foster let the man off with a warning and reminded him that having a 250-pound pig unsecured in a car while driving can be very dangerous.

The guy was grateful he didn’t get a ticket and the pigs were definitely enjoying themselves chatting it up and getting pet by the officer. No video was recorded of this encounter but below is a compilation of pigs being super funny we’re confident you’ll enjoy!