By Miranda Raye on June 5, 2018
Advertisement 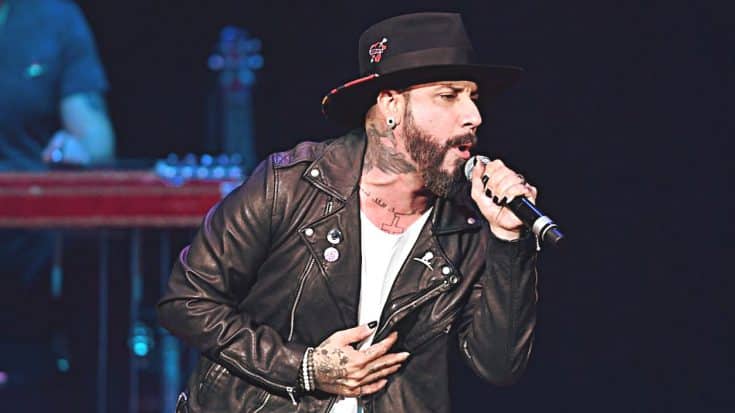 Another Pop Crossover In Country Music

Within recent years, more and more pop stars have been teaming up with country singers for cross-genre collaborations, and vice versa. Just take these few examples: Zedd, Maren Morris and Grey’s “The Middle,” Keith Urban and Julia Michaels’ “Coming Home,” and Justin Timberlake and Chris Stapleton‘s “Say Something.”

Another recent country/pop collaboration came from Florida Georgia Line and the Backstreet Boys. Titled “God, Your Mama, and Me,” the song was released in 2017 and topped the US Country Airplay chart.

Following the success of that song, the members of the popular boy band have slowly made their way into the country music circle. Member AJ McLean even walked the red carpet at the ACM Awards in April, where he made a surprising confession…he wants to release a solo country album.

At first, we’re sure no one knew if McLean was being serious, especially since he said he wanted to “disrupt” country music with his record. He went on to describe its vibe as such.

“[It will be] kind of country, pop, urban… with my own flair, but it still has the country, storytelling vibe as far as lyrics,” he said. “The songs are going to blow y’all away.”

But as his red carpet interview continued, it became clear that he wasn’t joking about his intentions to make a country record. As a professed country fan, he said he “almost moved to Nashville” at one point due to his love for the music.

So some time passed, and everyone waited to see if McLean would follow up with his promise to release country music in the future. And he did…

On Monday (June 4), McLean debuted the lyric video for his first-ever solo country single. Titled “Back Porch Bottle Service,” the track is exactly what you’d expect based on how he previously talked about his music. It has an obvious pop influence and a distinct urban feel.

The song is a definite summer anthem, with lyrics such as “So keep the rollin’ rocks rollin’. Rockin’ chairs rockin’. If the neighbors get to knockin’. We be poppin’ that back porch bottle service.”

As for the lyric video, it captures that same summery vibe that you hear in the lyrics. The clip features sunny yellow text which flashes across the scenes from a backyard gathering.

Now you can watch that video below. When you’re done, let us know what you think. Is country music the right fit for McLean?