By Manly Bryant on April 9, 2021
Advertisement 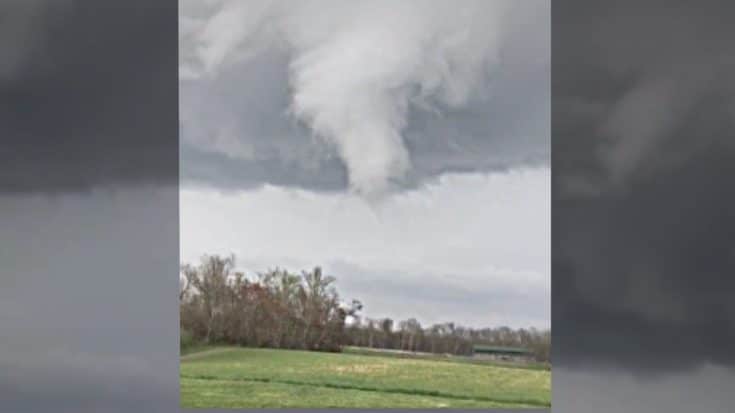 In Knoxville, Tennessee, a man captured a video of a possible tornado forming in front of his home.

The South is no stranger to severe storms, but watching a funnel cloud form in the front yard is still considered to be a rare sight. During a tornado warning, Morgan County resident, Chris Jones, looked outside to see heavy rotation in the clouds above his home.

“It’s in the front yard! Come here!” Jones yelled in the video.

Jones frantically called to his wife and warned her “hurry” before the storm passed. While he yelled in wonderment, Jones filmed the rotating clouds as they tried to form a stronger cell. According to Channel 11 WJHL News, Jones was “totally embarrassed” about yelling his wife’s name, but he wanted her to witness the funnel cloud. Jones also confirmed that his family was safe after the storm passed. In an email to the news station, Jones wrote:

“We are fine. It blew a few shingles off and blew the basketball goal over.”

According to the National Weather Service, it is important to take shelter anytime a tornado threat develops.

For more twisters caught on camera, check out the following clip.