Pregnant Bride Has Stroke & Dies Right Before Walking Down The Aisle 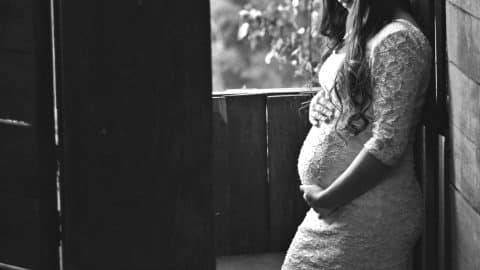 A 30-year-old nurse who was just seconds from walking down the aisle to marry her firefighter fiancé tragically died after a freak medical issue – and she was six months pregnant at the time.

As reported by Metro UK, Jessica Guedes appeared to be a healthy, loving, and happy woman who was on her way to the church for the wedding of her dreams – when she suddenly suffered a stroke.

Her family says that they believed she was just anxious about the wedding as she was getting ready for it and began to complain of dizziness and neck pains.

Guedes’ fiancé was waiting at the altar at this church in Sao Paulo, Brazil as she rode in the limousine on the way. That’s when she fell ill.

When the limo got to the venue, one of her relatives ran into the venue calling for help because she had become unconscious on the way.

“I was worried because I was waiting for her at the altar and she was taking ages to come in,” her fiancé told Brazilian Crescer Magazine.

“A cousin of hers ran down the carpet and told me that she had passed out.”

“I opened the car door and she was lying down but regained consciousness to talk to me. I said to her, ‘Baby, I’m here.’ She replied that everything was fine, but that she had a severe pain in the back of her neck. At that moment, I became a rescuer, as I have been for seven years with the Fire Department.”

She was rushed to the local hospital and then transferred to a larger one due to complications. Immediately trying to save both the unborn baby and the mother, doctors worked diligently and prayed for the best.

Luckily, they were able to save the 29-week-old baby’s life, but the mother, Jessica, tragically passed away after the operation.

Doctors state that she was suffering from preeclampsia which is a condition related to high blood pressure during pregnancy. This is what caused the stroke.

“I was so looking forward to becoming her husband and becoming a father,” the grieving fiancé and new father said. “I will be strong and I will not weaken in the face of adversity. The love of my life taught me how to respect and treat a woman well so that I could learn how to take care of our daughter.”

In one video taken in her final moments shows the bride waving with a beaming smile and talking with her family dressed in her gorgeous gown. Unknown to everyone, in a matter of minutes – a precious life would be taken from them all.

Our thoughts and prayers are with this family as they work through this incredibly difficult time in their lives.