Priscilla Presley’s Son Shares Rare Photo Of Them Together

By Jennifer Pernicano on November 29, 2021
Advertisement 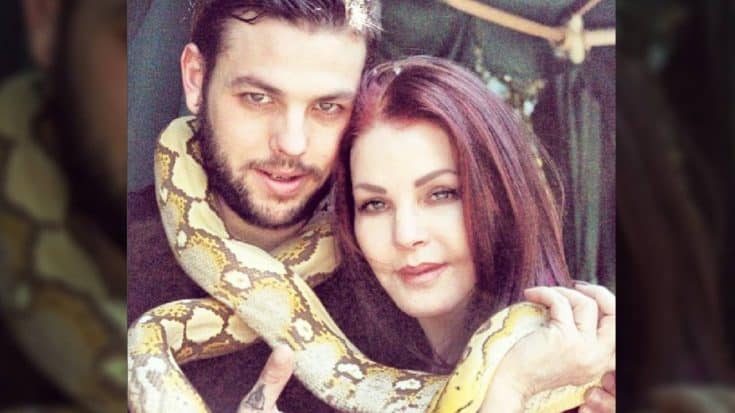 While most people (who aren’t living under a rock) know exactly who Priscilla Presley and Lisa Marie Presley are – many millions still have no idea that Priscilla also had another child decades ago.

Priscilla was married to music icon Elvis Presley for just under six years from 1967 until their divorce in 1973. While they were married, they welcomed a daughter – Lisa Marie. To this day, many think that the family tree stops branching out there and just continues through Lisa Marie’s four children.

But, truth be told, Priscilla also gave birth to a baby boy a number of years after Lisa Marie…

After Elvis’ tragic death in 1977, Priscilla eventually began dating an entrepreneur and film director named Marco Garibaldi. They met in 1984 after a mutual friend recommended Garibaldi as a screenwriter for a new project. The pair were together for 22 years before splitting in 2006.

While Priscilla and Marco never married, they did welcome one single child into the world – a son they named Navarone Garibaldi.

At the time Priscilla gave birth to Navarone in 1987, his half-sister Lisa Marie was 21 years old and she gave birth to her first daughter just two years later. If you weren’t keen on the family at the time, you could easily have mistaken the two Presley women as sisters – especially since they were toting around toddlers near the same age.

Now 34 years old, Navarone is the lead singer of a rock band called Them Guns and regularly performs shows at smaller venues in the U.S. like The Viper Room and The Troubadour. Over the years, Priscilla has been incredibly supportive of Navarone’s musical aspirations and has shared photos of her and him after a show or two along with other candid shots of them spending time together.

Even though she does share about Navarone, her posts with him are few and far between. The same goes for him on his Instagram. On Friday (November 26), Navarone himself posted a photo with his mother alongside a few other close friends, including his fiancée Elisa. We’re happy to see this mother-son pair spend the holidays together! This is the first photo of Priscilla that Navarone has shared since 2014.

“Thankful for a night of good friends and family,” he wrote alongside the photo, also adding that Dog The Bounty Hunter texted him “Happy Thanksgiving.”

See the photo below.