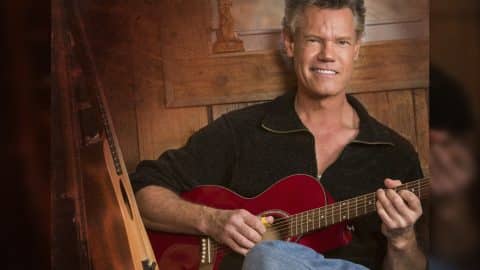 One of the most-loved hitmakers and great contributors to the genre of country music has partnered with Gaither Music Group for a full-length gospel and worship album titled Precious Memories.

Alongside this new album, Randy Travis and Gaither Music Group have teamed up to release an accompanying DVD called Worship & Faith that captures his pristine 2003 performance at Orlando’s Calvary Assembly of God.

No stranger to gospel and worship music himself, one of Randy Travis’ best-known songs, “Three Wooden Crosses,” is a prime example of how deeply he connects to gospel music and how strong his faith is.

Throughout his career, Randy has released four gospel albums and has charted them across both the country and Christian charts.

This new album will feature his signature gospel song, “Three Wooden Crosses” among 11 other tracks that are all either hymnals or Gospel classics and were performed by Randy during his recorded special in Orlando.

Beyond the new album and DVD, these special recordings are set to be aired as a television special on several networks throughout North America. PBS, TBN, RFD-TV, DirecTV, DISH TV, GaitherTV, FamilyNet, The Heartland Network, CTN, GMC, GMTN, Guardian, Liberty, TCT, and TLN all will feature Randy Travis’ recordings in the U.S.

The set of both the full-length gospel album and DVD is available for preorder today! Get your copy here!