By Jennifer Pernicano on May 10, 2022
Advertisement 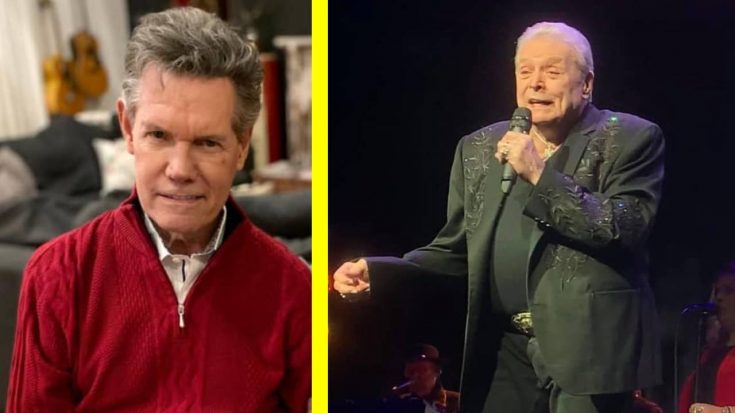 On Saturday, May 7, country legend Mickey Gilley passed away at the age of 86. It was announced on his Facebook page later that afternoon that he passed away “peacefully” was surrounded by his family and close friends.

Gilley’s cause of death wasn’t announced, but in Facebook posts made last week, the singer canceled all of the May dates scheduled at his Branson, Missouri, theater.

“The last couple of weeks, my energy level and some health issues kept me from being 100% at my shows. So, I’ve been seeking doctors to get me back on track,” Gilley wrote. “I’ve cancelled all Branson shows through May to give anyone planning on seeing our shows the information so your plans could be adjusted accordingly. I hope to be reenergized, healthy and back in full swing to see you at our shows soon!”

Despite cancelling future shows, Gilley had just returned from playing 10 shows on the road.

During tonight’s Opry show, we took a moment to recognize Mickey Gilley and his contributions to country music. You’ll be missed, Mickey.♥️ pic.twitter.com/CPdT2jh0dK

So sad to hear of the passing of Country Music Legend Mickey Gilley. Our paths crossed a few times being in Branson; and Gene Watson & I did his TV show. Fortunate to hang out backstage w/Johnny Lee & Mickey Gilley. Great stories and great memories. May He Rest In Peace.   pic.twitter.com/tKiZHj3hYN

Just heard that MIKEY GILLEY has just passed away … wow … another singing friend has gone home … Bye Mickey … until the day pic.twitter.com/VFnRT6DazU

Another person who took to social media was Randy Travis.

“When the roll was called up yonder the other day, we were all surprised that Mickey Gilley’s name was on it,” he wrote. “But, I bet Mickey was ready. He was just coming off the road, and power slid into Heaven’s gate – that’s the way he lived his life.”

Travis continued, “Mickey not only left his fingerprint on the world of music, music venues, and the big screen…he left a piece of himself in each of our hearts ‘at closing time.’ As his room in Heaven fills with roses, our sadness on Earth is overshadowed by our gratitude for the life and the legacy left behind by out friend, Mickey Gilley. We hope that piano up there is well tuned and ready to go!”

Travis also shared that he has fond memories performing “this ol’ Texas boy George Strait’s tune at Gilley’s in 1986.”

One quick search, and we realized he performed “The Chair” at Gilley’s famous Honky Tonk. Listen to it below.

Our thoughts and prayers go out to Gilley’s family.