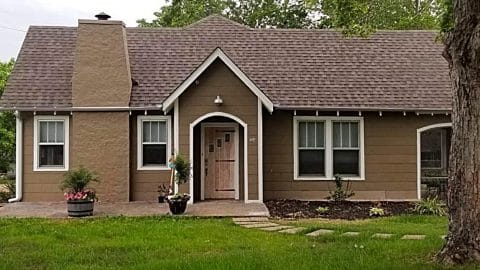 Randy Travis used to own a beautiful home on 304 N. Main St, in Ashland City that’s now on Airbnb. The small, country looking home is only 20 minutes away from downtown Nashville, Tennessee, and was sold to a lady named Janet Knight back in December 2018.

Janet said she specifically bought it to put it on Airbnb under the name, Hwy 12 Lodge & Events, so people coming into Nashville could have a small town home experience. And with it being previously owned by Randy Travis, well, that makes it even more desirable.

“[The house] lets you get away from all the hustle and bustle of the big city life, and provides all the comforts of home,” her Facebook page said. “This will still give you that good time country feel, [and] it is close to all the music and venues that Nashville has to offer.”

It was originally purchased by Randy Travis in 1989 and Janet said she not only bought it because of that but she was also attracted to its structure and “calming” appeal. She renovated it immediately after purchasing it, though didn’t change it much. She wanted to keep it as original as possible.

“We chose this home for our first rental because of its incredible bones and history,” Janet said with excitement. “While carefully preserving the home’s originality, we wanted to make everything feel new again”

Take A Peek Inside

The house is a charming two-bedroom, one-bath home that can sleep up to six people comfortably. Has three porches, a full kitchen, living room, dining room, a large fireplace, and a workspace for events. It’s a lovely home available to anyone who wants to experience it.

If you’re interested in renting it out you can contact Janet via email: [email protected] You can get more details on this rental here.