By Jennifer Pernicano on September 27, 2018
Advertisement 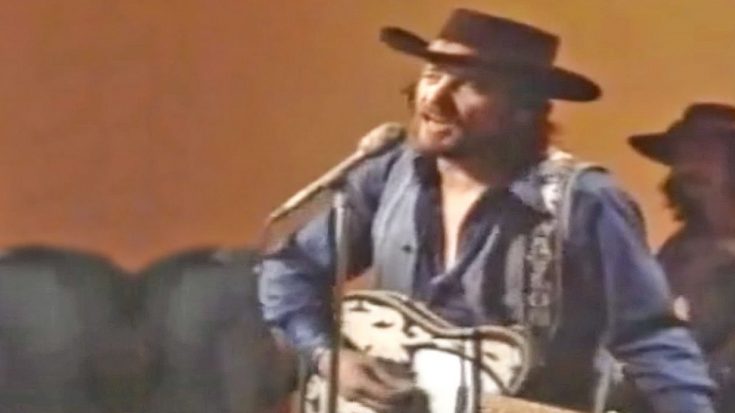 A true pioneer of outlaw country music, Waylon Jennings surely was a one of a kind artist. He rebelled against the norm of the genre while still managing to consistently put out critically acclaimed albums that have transcended through time well passed his untimely death in 2002.

Waylon Jennings died on this day in 2002. We look back at his iconic outlaw hit "Luckenbach, Texas" https://t.co/QrotTzbvwC pic.twitter.com/tNndlVM6zF

The artist delivered a total of sixteen number one singles, one of them being “I’m a Ramblin’ Man.” Jennings performed the 1974 hit on the Cowboy Jack Clement Show back in 1975.

The footage of the musical event lay dormant for decades before resurfacing once again. Outfitted in classic country attire, Jennings radiates a rebel country vibe in his performance leaving the latter half of the song to display his amazing guitar skills.

“I’m a Ramblin’ Man” quickly hit number one on Billboard’s Hot Country Singles chart and number two on the Canadian Country Tracks chart. The song was written by Ray Pennington as a warning sign against “ramblers.”

Watch Jennings’ rare performance of the country classic in the video below.