By Jennifer Pernicano on April 30, 2019
Advertisement 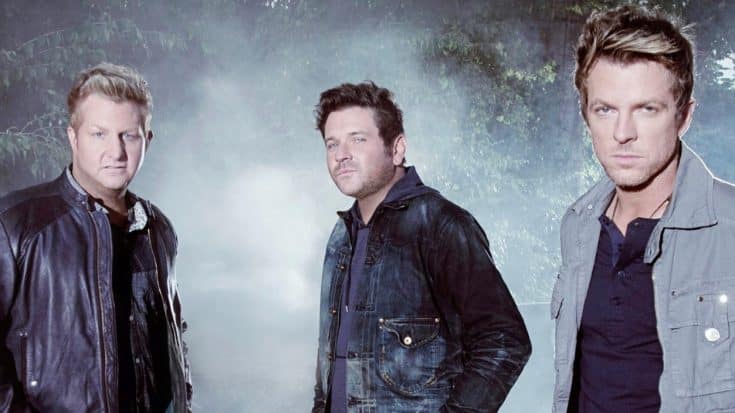 Since the year 2000, the three members of Rascal Flatts, Gary LeVox, Jay DeMarcus and Joe Don Rooney, have been known for their unbelievable harmonies and pop-country sound. They have more than 25 singles, 14 of which have reached the number one spot on the charts. They can sing anything from an upbeat country song with heavy banjo influence, to heart-wrenching ballads.

Not only are the LeVox, DeMarcus, and Rooney known for their chart-topping hits, they are also known for being great fathers. LeVox is dad to two daughters, one of which he recently took to a taping of talk show Pickler & Ben.

Had fun with my baby girl today shooting @picklerandben

DeMarcus and Rooney both each have two children – a son and daughter.

Happy Valentines Day!! These are mine, and I hope you’re with yours….. #yesihavemyveryowncinderella #happyvalentinesday

Now, with the April 30 release of his faith-based memoir Shotgun Angels: My Story Of Broken Roads And Unshakable Hope, Jay DeMarcus is revealing that he actually had a child many years ago with a former girlfriend.

Back in his early 20s when he was part of the Christian duo East to West, DeMarcus and his girlfriend of one month, Maggie, learned she was pregnant after the first time the two slept together. While it came as a “shock,” he writes, he was ready to co-parent or do anything to make it work. He says they even discussed getting married to raise the baby. In the end, that wasn’t the best decision for them.

“Abortion was never an option, so we began to discuss adoption. It became evident that Maggie wanted nothing to do with me. There was no interest in the two of us somehow working things out so we might raise our child together,” he says.

DeMarcus’ mom offered to adopt the baby, but he revealed that Maggie decided to move forward with an outside adoption. He never got to meet his child, a baby girl, because “in the state of Tennessee, the mother has all the power,” and Maggie didn’t want him to.

“From the very beginning, I wanted to be in [my baby’s] life,” DeMarcus writes in Shotgun Angels. “But her mother, Maggie, didn’t want either one of us in her life. That was a hard pill to swallow. I understand that sometimes life sends us reeling because of unexpected situations. But my heart in that moment, though scared, still desired to be in this beautiful child’s life.”

In the book, the Rascal Flatts bassist says that he thinks about his daughter, who would be in her 20s now, every single day and wonders if she knows who he is. He wrote her a letter, which her adoptive parents were supposed to give her when she was 14, which explained that he loved her very much, didn’t abandon her, and would very much like to be part of her life.

“My heart finds satisfaction in knowing that she ended up with a wonderful family, but I’ve had to live with this my entire life,” he wrote in the memoir.

My new book “Shotgun Angels” is out today. Link to purchase is in my bio.

Dealing with the pain of not being able to meet his daughter, DeMarcus found himself in a depression, but thanks to his faith, he has come out on top. His book is all about overcoming challenges and how he leans on God for help.

His career as a Christian singer ended, but that might be for the best. He then teamed up with Rooney and his second cousin LeVox to form Rascal Flatts in 2000, and they’ve been winning awards, scoring number one hits, and touring the world for the last 20 years.

Watch DeMarcus talk about the book on TODAY in the video below.