Reba Tells Kelly Clarkson She Loves Her, Compliments Her Talk Show On Instagram

By Miranda Raye on December 20, 2019
Advertisement 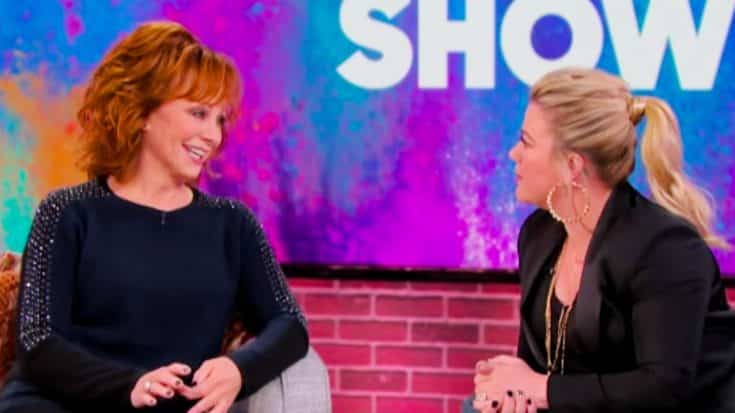 Even though The Kelly Clarkson Show just debuted earlier this year, it is already one of the most popular daytime talk shows in the country. In fact, it is the fourth most popular, only falling behind Live with Kelly & Ryan, Dr. Phil, and The Ellen DeGeneres Show in ratings.

The show’s popularity led to it being renewed for a second season before its first season even came to an end.

Clarkson shared the news of the show’s renewal in November.

Did you hear the news?! #KellyClarksonShow is coming back for Season 2! pic.twitter.com/Mg6whCQTXZ

Tracie Wilson from NBCUniversal Television Distribution praised Clarkson and her new talk show in a statement:

“‘The Kelly Clarkson Show’ is connecting with viewers in a unique way, and we are so happy to build on that momentum, bringing Kelly’s brand of humor, heart, and, of course, the incredible ‘Kellyoke,’ to stations for a second season.”

“Kellyoke” has certainly been a standout part of The Kelly Clarkson Show. The segment has Clarkson delivering covers of other artists’ songs, and she always puts her unique spin on them.

After watching the “Kellyoke” performances and the other portions of The Kelly Clarkson Show, it’s easy to see why the program has become so beloved by the American public. And one of it’s biggest fans just so happens to be Reba McEntire.

I love starting my day watching Kelly’s talk show. What an inspiration! She is helping so many people! Love you Kelly! #bigheartedwoman? #loveyoulots❤️ @kellyclarksonshow

McEntire went on to compliment Clarkson and her show, writing, “What an inspiration! She is helping so many people! Love you Kelly!”

It makes sense why McEntire would be such a big fan of Clarkson’s show. Clarkson’s husband, Brandon Blackstock, is the son of Narvel Blackstock, who is McEntire’s ex-husband. Therefore, Clarkson and McEntire consider themselves to be family.

So it only makes sense that McEntire was one of Clarkson’s earliest guests on the show! She visited back in September, and talked about how happy she was that her “son” decided to marry Clarkson.

You can watch a clip of that conversation below. We can’t wait for McEntire to visit The Kelly Clarkson Show again!